“Now, we enter the Plains of Despair!” I say. We’ve left the mountains and are have to cross about a hundred miles of very flat farm country before Christchurch.

“I really wish you would stop calling it the Plains of Despair,” Colleen says.

“But I love the Plains of Despair,” I say. I don’t actually.

At least it’s easy to stay off the highway. 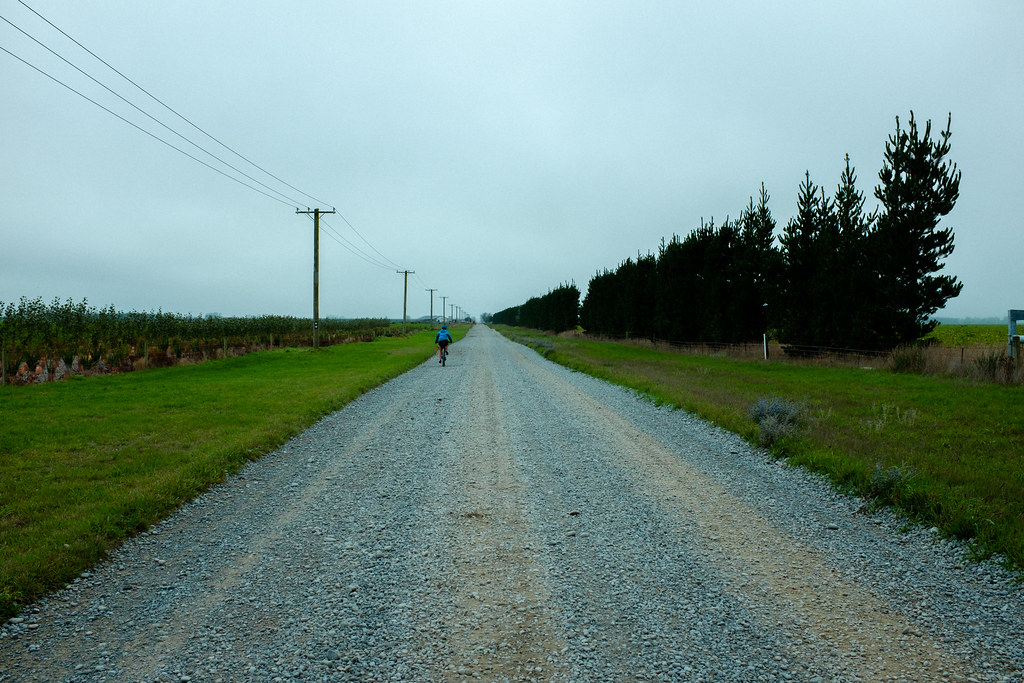 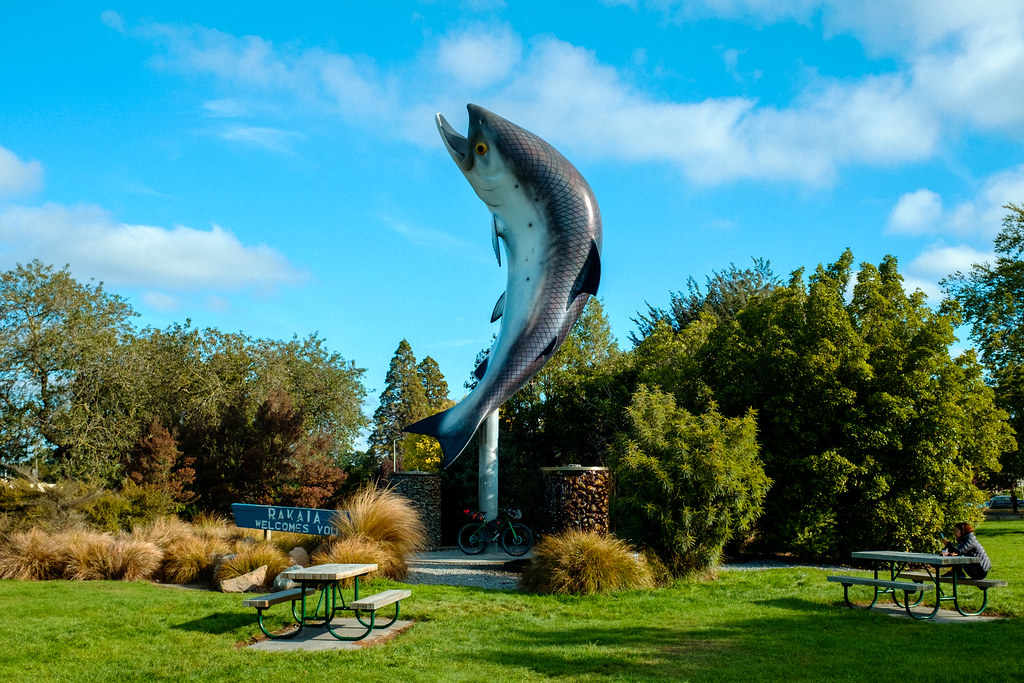 At a campground that night, talking to an older American couple that has been touring, trading folk music for food and a place to stay since 1996.

“The people you meet, the more you realize that we’re all the same, and that there’s nothing to be afraid of,” says the woman.

They play us a song they wrote about making the world a better place.

Then we get on the subject of Germany, where they lived for the last few years (taking a break from singing and riding).

“My heart breaks for Germany— these refugees from the Middle East,” says the guy.

“They don’t work, they don’t pay taxes,” says the woman.

“They just had day of rage, thousands of them attacking German women,” says the guy. “If you ask me, it’s American NGOs that are shipping these refugees to the border. The American government is flooding Germany with these muslims, because they know the Germans are the only ones that stand in the way of corporate profits, and Merkel is letting it happen.”

“These people are destroying Germany— and if you say anything, they’ll call you a Nazi,” says the woman.

“The Germans are just beautiful people,” says the guy.

“Huh…that’s interesting,” I say. These people went from John Lennon to Hitler faster than I could get through half my cup of herbal tea. Peace, love, and xenophobia. Right on man. 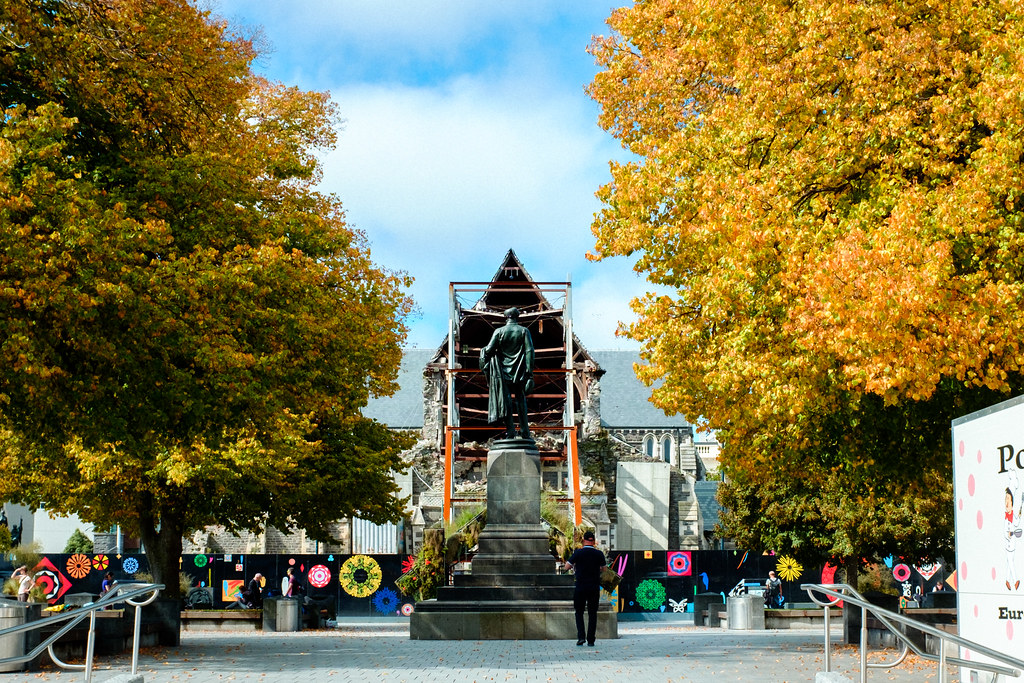 In Christchurch, the poor city is wrecked from earthquakes in 2011 and earlier this year. A lot of the old buildings crumbled, a mall made out of shipping containers. We spend a couple days in town, get some really excellent Indian food and Egyptian donuts from the food trucks in the town square. 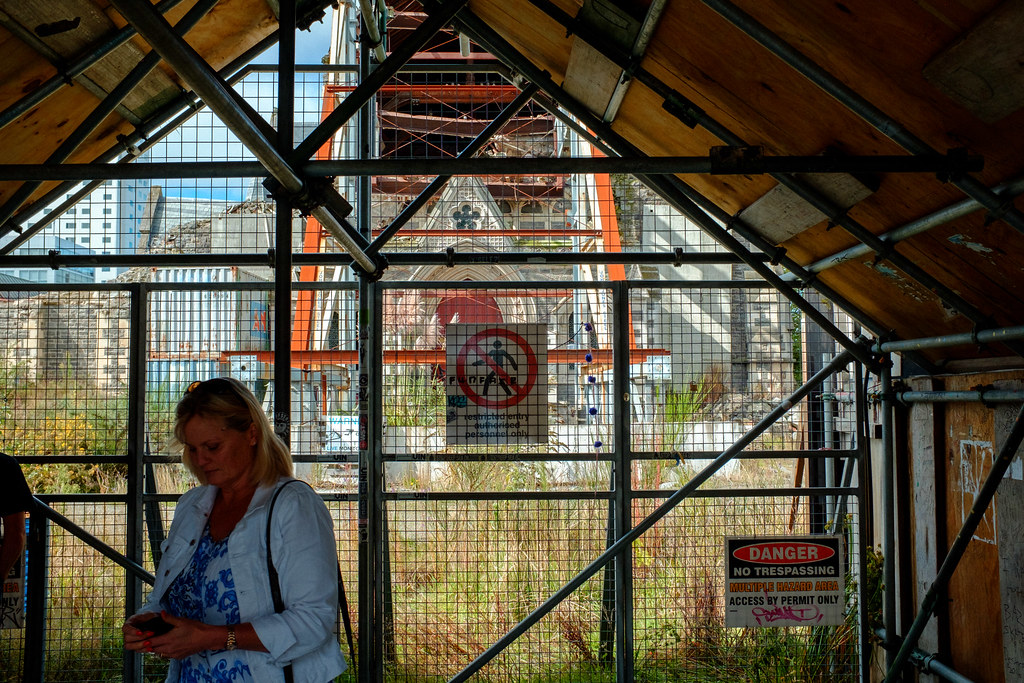 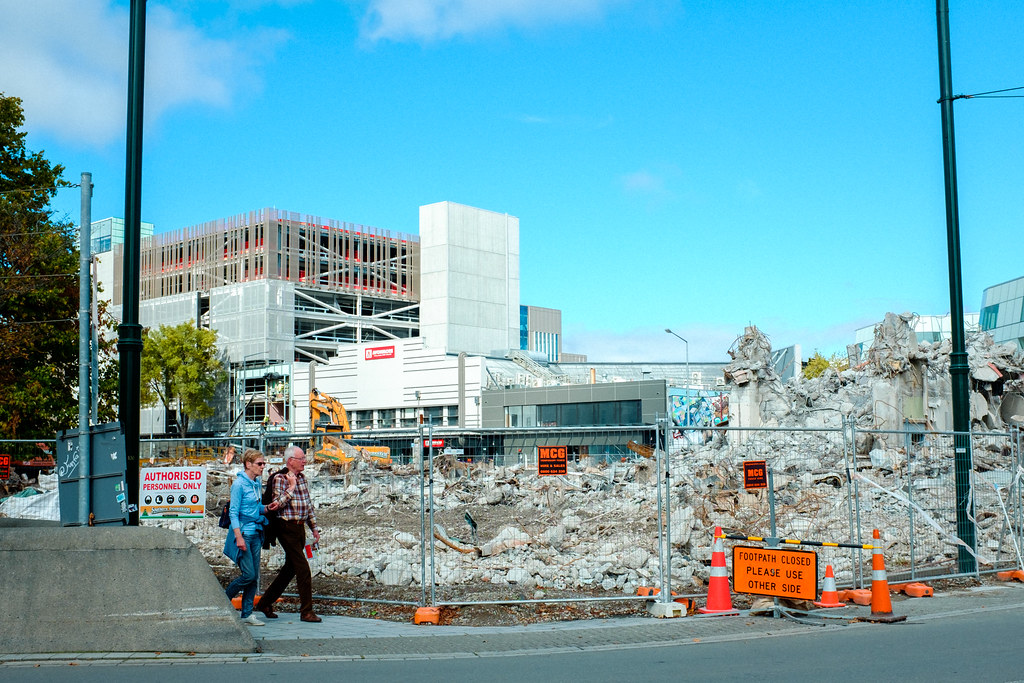 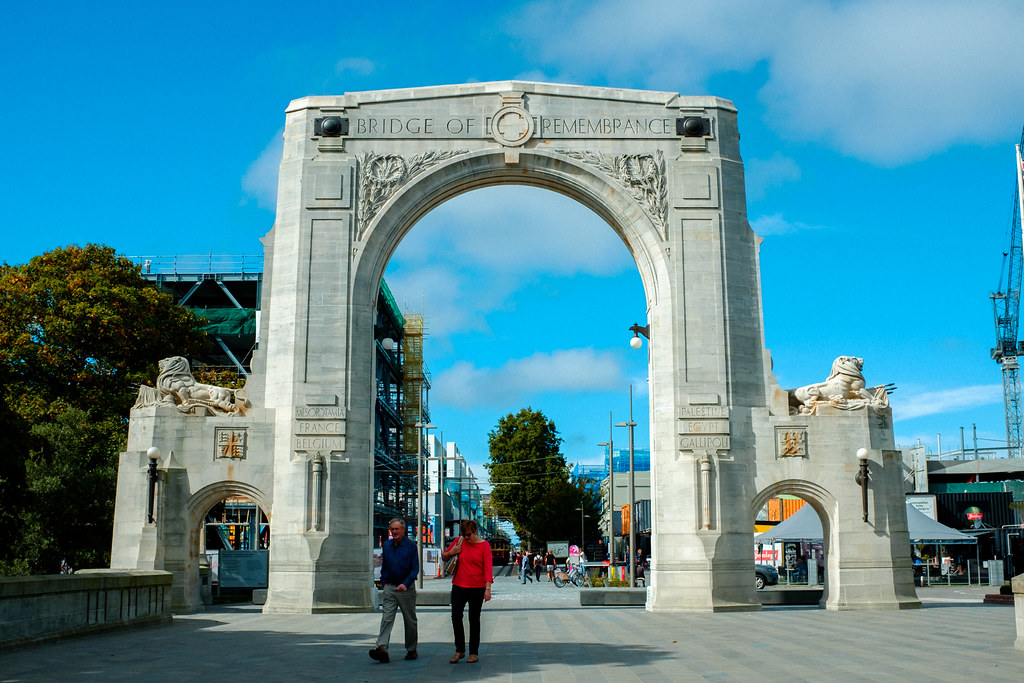 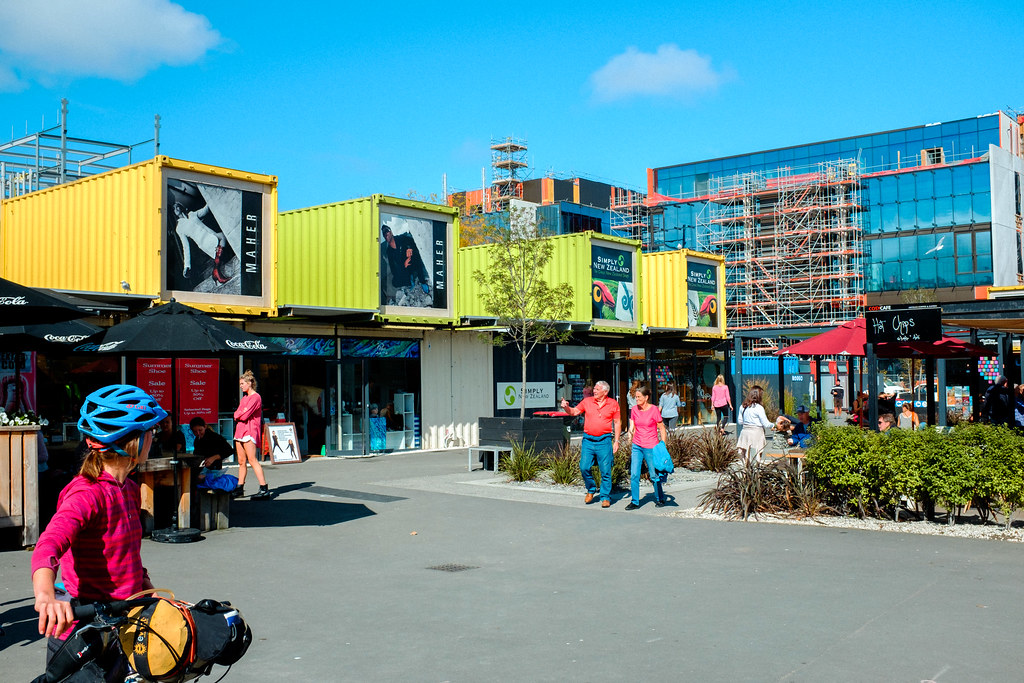 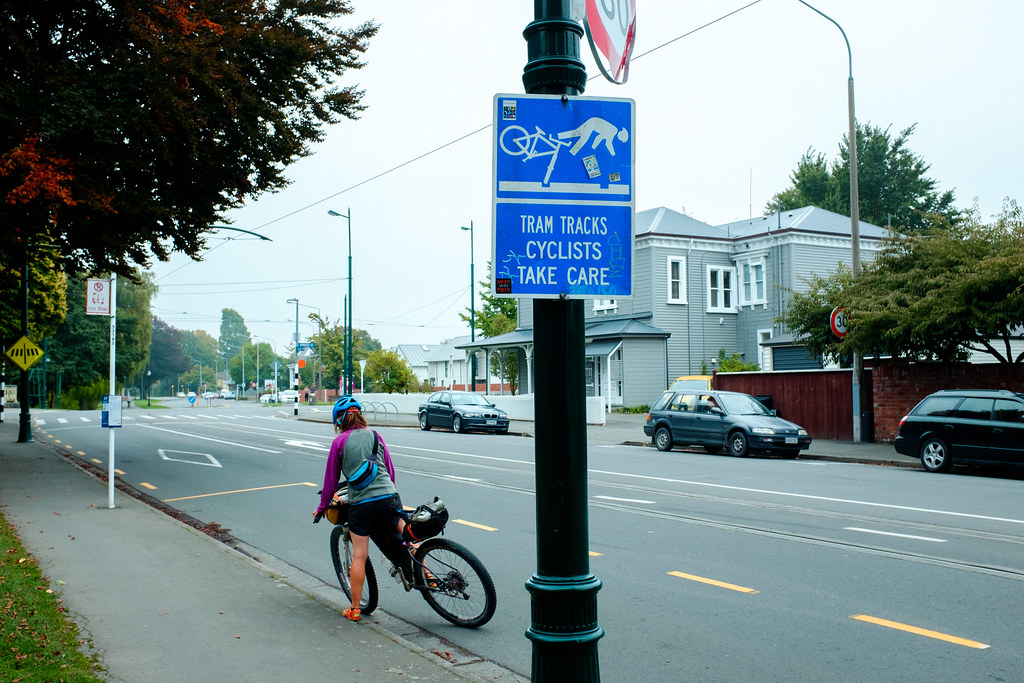 A couple months ago, when we were up in Nelson, I found a note in my helmet with a phone number from a fellow single speed and curvy titanium enthusiast “If in Christchurch, give me a call, Kiwi hospitality always available, Dan.”

I send Dan a couple emails, then we head over to his and Angie’s place. We stay a couple days on his big beautiful farm, drop our gear and go for some really fun mountain bike rides around Christchurch. The mountain biking in Christchurch is great, and would be even better if not for the huge fire that recently destroyed the brand new Adventure Park. Poor Christchurch.

We pack our bikes in the boxes that Dan was nice enough to pick up from his local shop, Angie drives us back into town. One more night with some German teenagers in a hostel, hoof it down to the bus stop the next morning. And that’s New Zealand at it’s best— a random note from some real welcoming people that turned into a really great last couple of days in the country.

Aukland to L.A. 11 hours, eight hour stop. All the flags in the airport, we sure do fly a lot of flags. The LAX domestic terminal is pretty dingy compared to the international one.

“Hey, you’re goin Pittsburgh huh? Think they got us switched around dahn that other gate,” he says. Getting closer.

Boston to Pittsburgh, hour and a half. My dad meets us at the airport, hour drive back to Greensburg. Get some coffee at a Panera Bread. And boom, the end, back on the other side of the world. Flew out of late fall, landed in early spring. It still amazes me that we’ve managed to turn something so incredible— circling the globe in a couple days— into such a routine, uncomfortable experience. Shower off the airport grime, sleep a day.

And right back into it, go to the cave to get the Shark. It fires right up, good old Shark (and here’s a Shark thing that was in Dirt Rag, and is now online.. Unfortunately, a curtain of alien looking cave mould has grown on everything inside the van. Day of deep cleaning— and better get something to keep the moisture down next time we store it in a mine.

Spend the next week straightening out Shark stuff that I blew off before we left— brake master cylinder was leaking, transmission, diff, oil needed changed, exhaust was rotten. Needed new tires, couldn’t find 16.5×8 tires, so had to find new 16 inch wheels too. 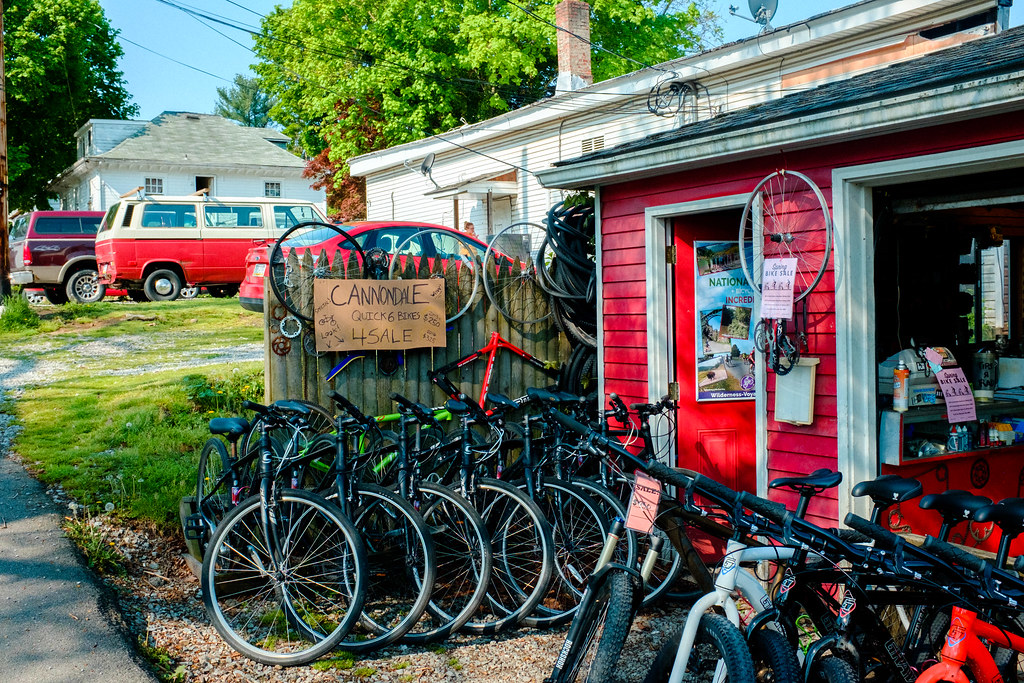 Build up rentals, prep tour bikes for the season down at work. Dirtbags start to file back in from ski resorts out west. The town fills out, comes back to life after a long quiet winter. The dumpster cats have more kittens. 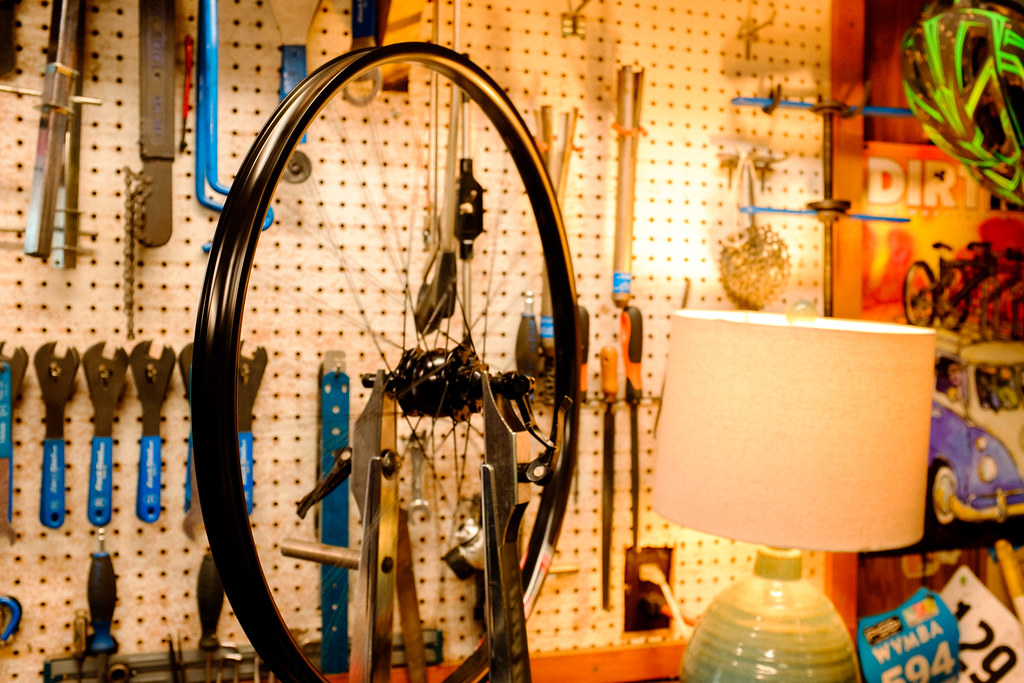 I overhaul our bikes, build a new dynamo for Colleen, already getting ready for the next big trip. Her turn to try the Tour Divide. I’m a little jealous, also I’m not. Mostly I’m real excited for her.

And that’s where we’re at. Colleen started writing about this ride on her new blog- Girl Outside. I’ll wrap the rest of this trip up as soon as I get caught up with everything else.

Five months living on bikes, it was a long time and not quite long enough. Time to start planning the next one.

4 thoughts on “To Christchurch”