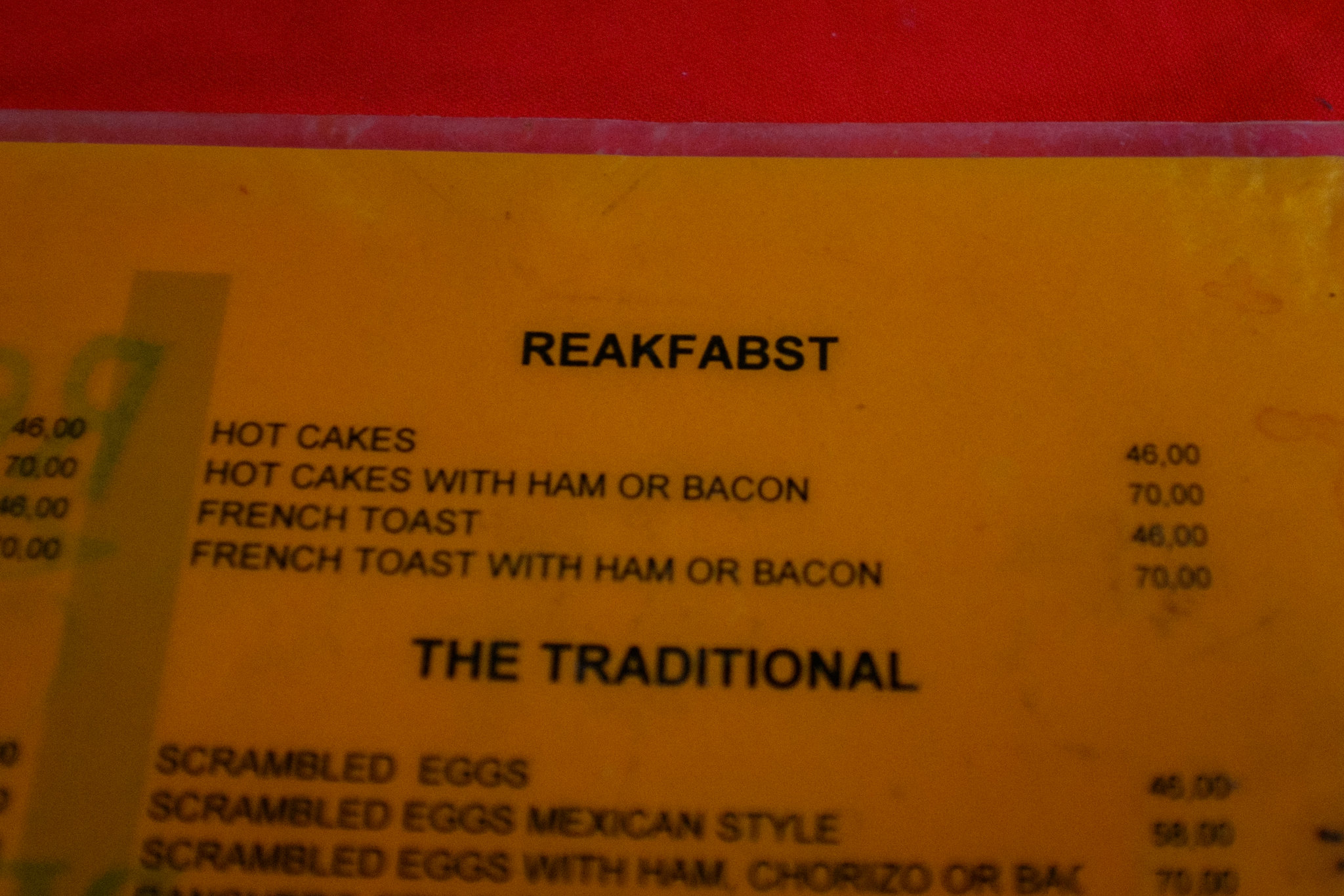 Can’t pass up the Lava Pies for reakfabst.

We’re at an RV park that’s mostly full of retired Canadians. It’s real cheap, the view is good, and the shower is nice.

I’m on the beach, trying to clean the sand out of my headset so that it stops crackling (which is going about as well as surgery in an airport bathroom. Or, that time I tried to drain a staph infection with a razor blade that I sanitized with a couple matches. Or, that time my friend Scott tried to drain a staph infection with steak knife that he didn’t sanitize with anything. But you probably get the idea. I was getting sand in the headset).

Mostly I’m just happy to fiddle with my bike for a while. It’s a rest day. One of the older Canadian guys walks up to us with a bunch of fish.

“You want fresh fish?” he kind of yells.

“Oh, thanks,” Colleen says, a little surprised looking up from her book. “But we don’t have a way to cook it. Thanks though.”

He looks offended. “Well I’m going to go clean it. If you want get the fish, come over to our camper,” he sort of yells again. He shuffles off, shaking his head.

A while later, the older guy shuffles by again. “You know if somebody offers you fresh fish, you should take it,” he yells.

“I wish we had a way to cook it, but we just have a little alcohol burner,” Colleen says. Partly we’re just being lazy. The store is a half mile away, we’d have to buy limes and salt and stuff. And there’s a restaurant 20 feet away that also has fresh fish, and they’ll do the cooking.

“Well let me tell something about when you’re on these trips. Somebody offers you something, you should take it. They offer to let you come to a party, go to the party. There are lots of different people down here, and you get to see how they live. But people on bikes, they’re always here in the afternoon, up first thing in the morning, then they leave.”

“Sorry, we just didn’t have a way to cook the fish,” Colleen says.

“Well I would have cooked it for you,” he yells. Wish you would have given us that option before, I think.

There are a lot of people traveling in Baja. Everybody goes to the same places, but we get there a little differently.

Crazy to camp in the RV park for eight years, crazy to leave the RV park after a day. And so on. Everybody’s right and everybody’s wrong.

So I guess it’d be better if we all stopped worrying about it.

But one thing that’s definitely wrong, and probably worth worrying about- Mexican electrical work: 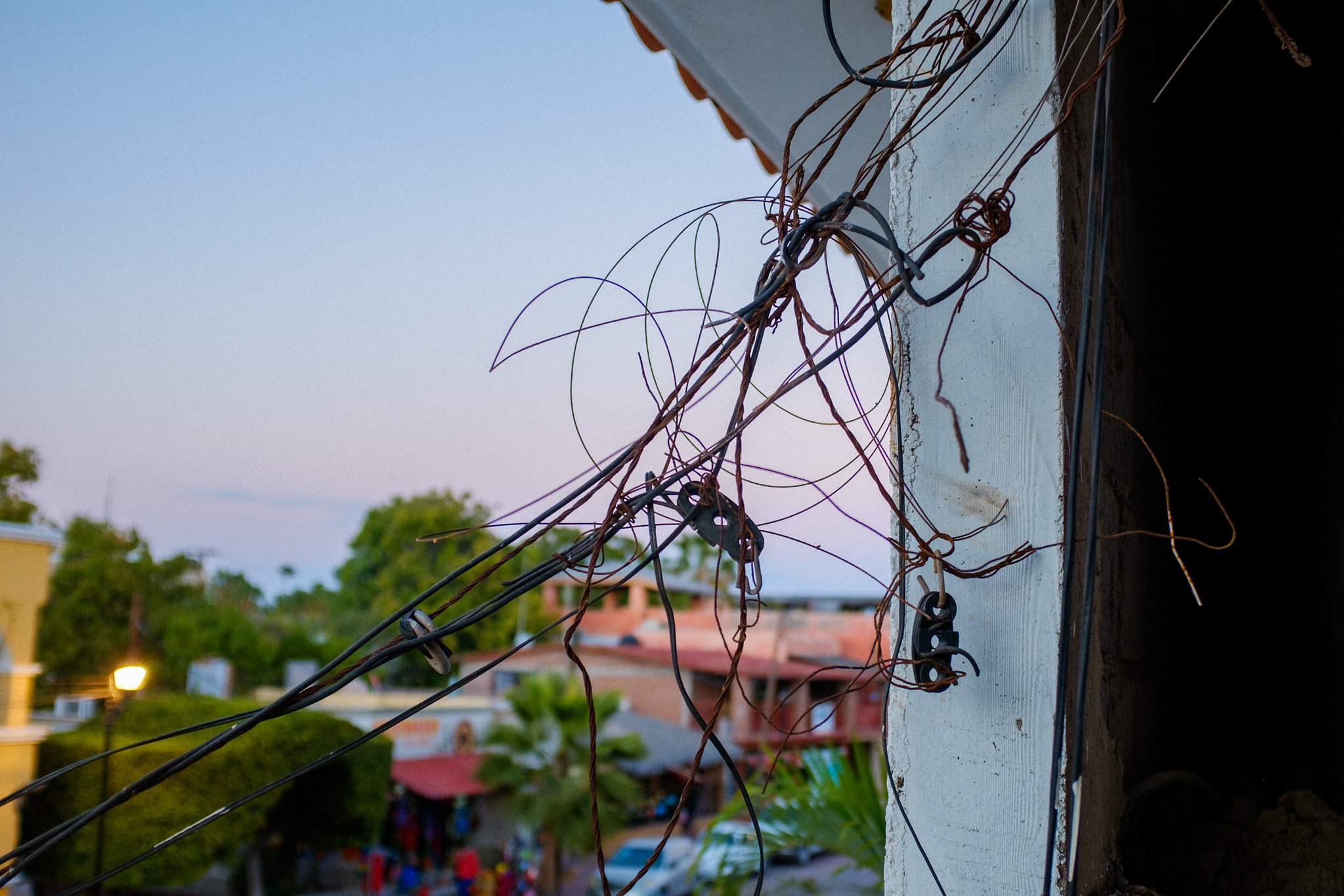 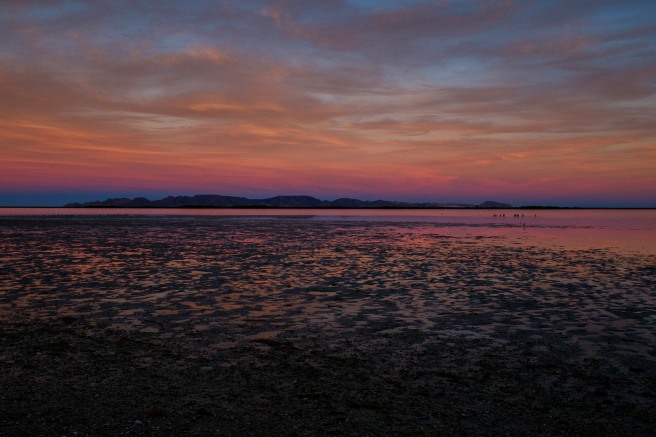 We’re in the little beachside bar at the end of the night with a tattooed Californian couple, exchanging names with the couple that runs the restaurant.

“Su cameron…” the guy starts (your shrimp). Everybody busts up. He looks confused. “…es muy bien,” he trys to finish, but we’re laughing too loud. We pay and head back toward the beach with El Cameron. 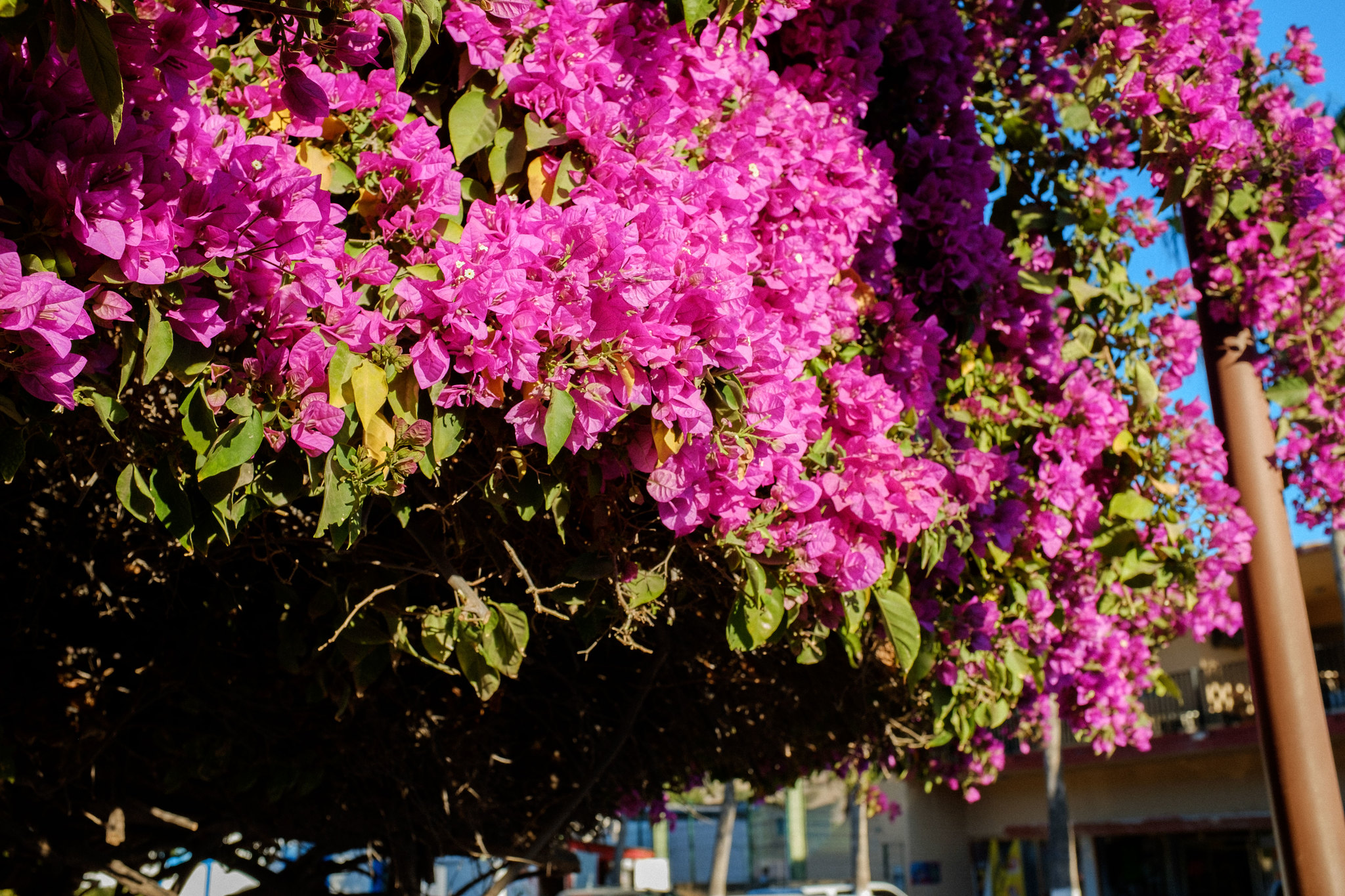 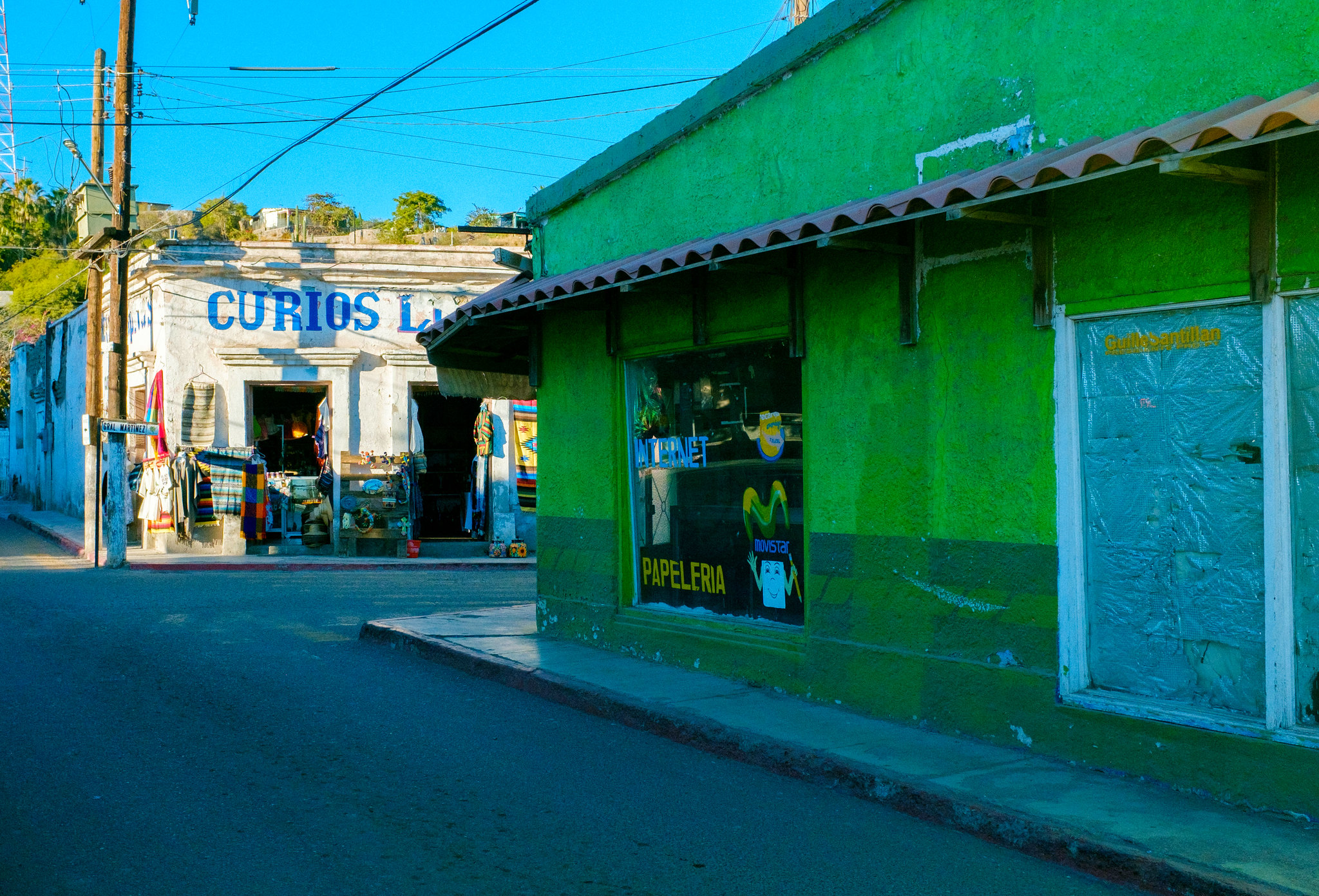 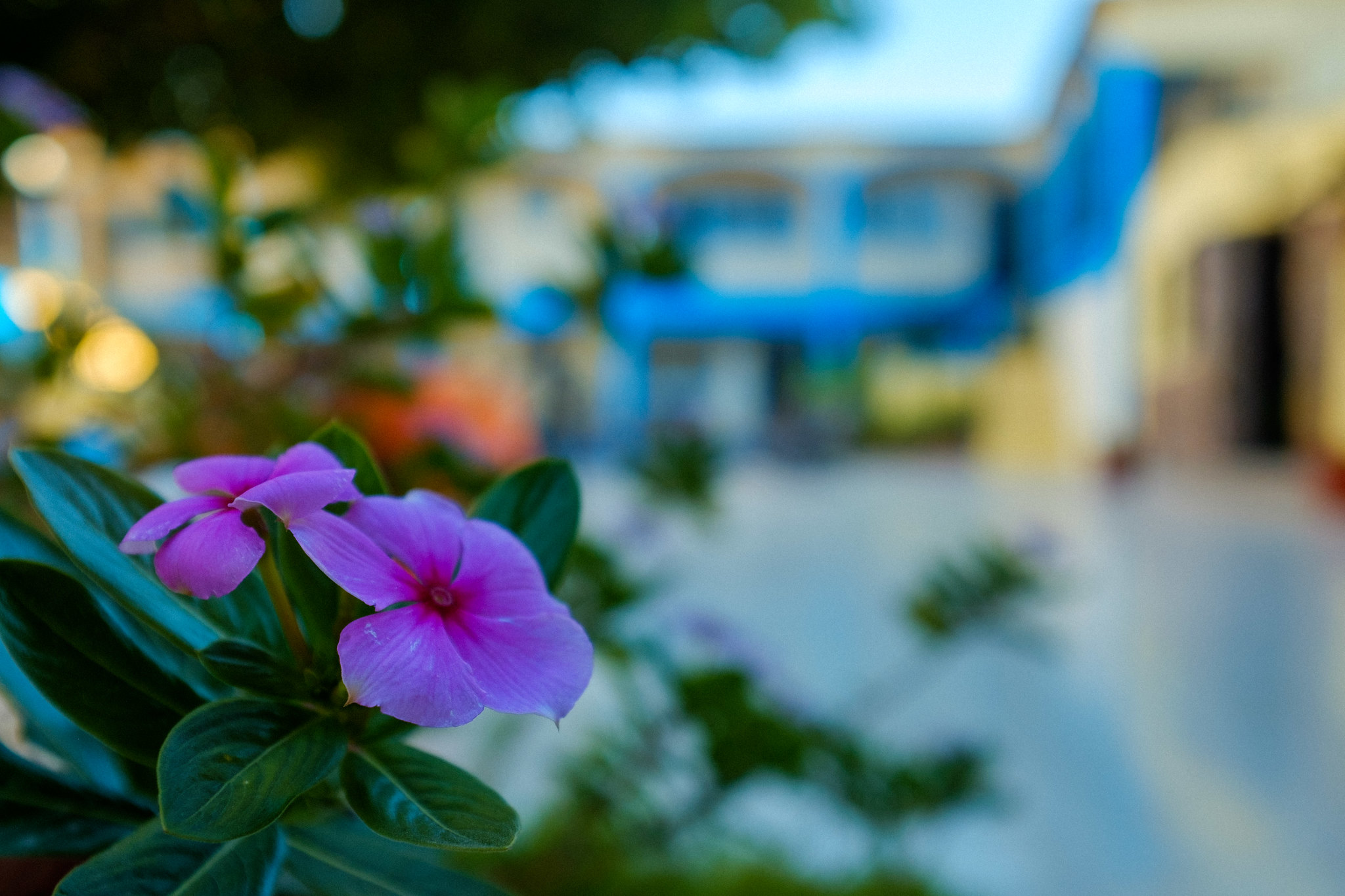 Out of Mulege, and into the mountains. 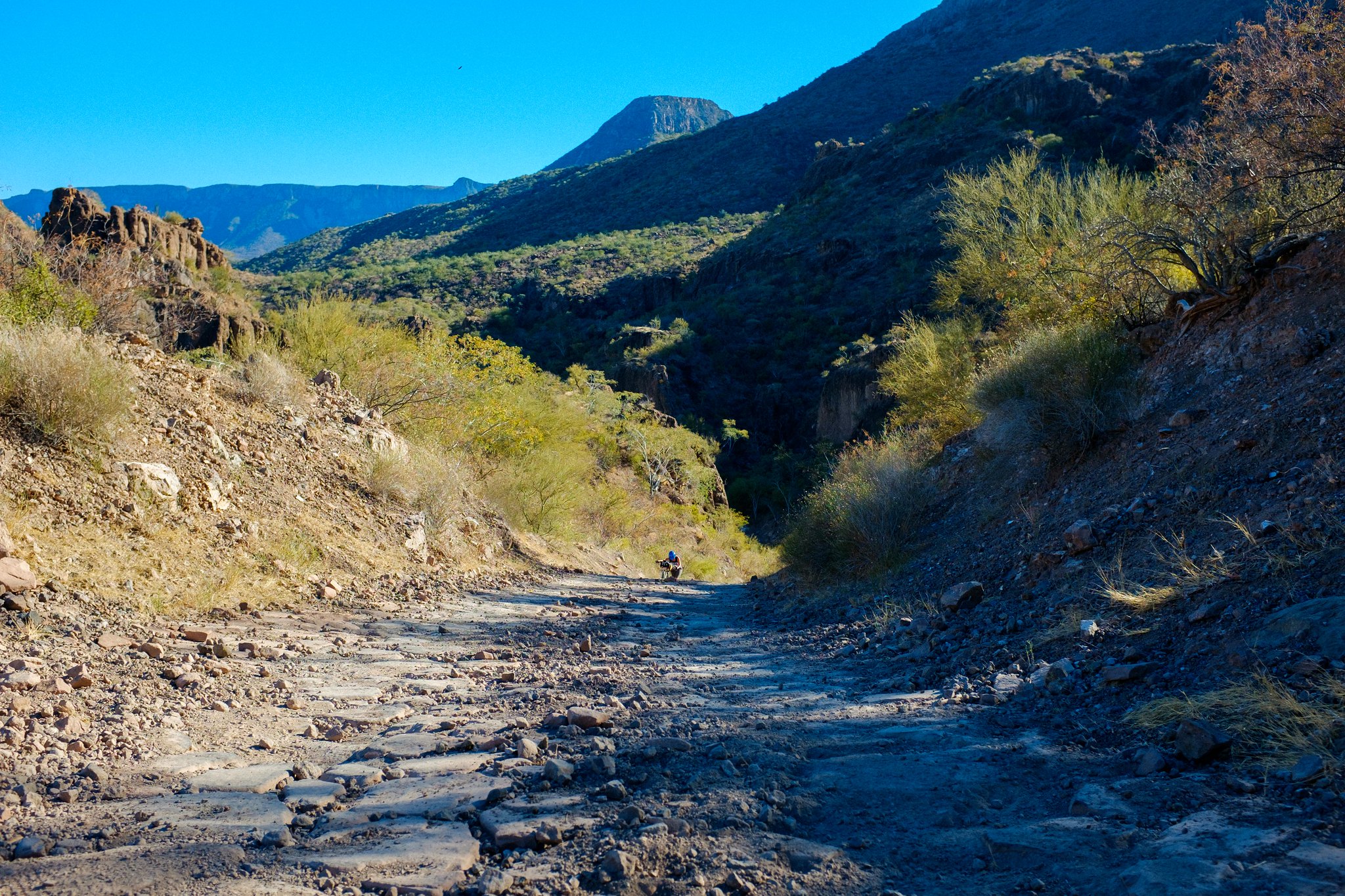 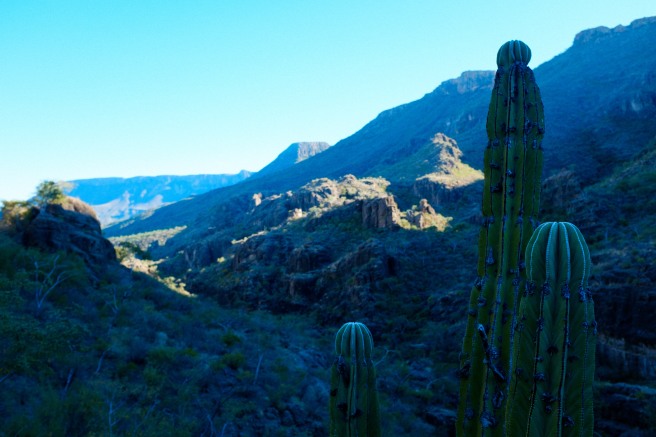 The first surface water since the Black Canyon Trail north of Phoenix. The Sonora, Desierto Colorado, and Visciano makes places like Moab and Grand Junction seem like friendly places to be a big thirsty mammal.

A jar of peanut butter (center right, behind the front wheel): 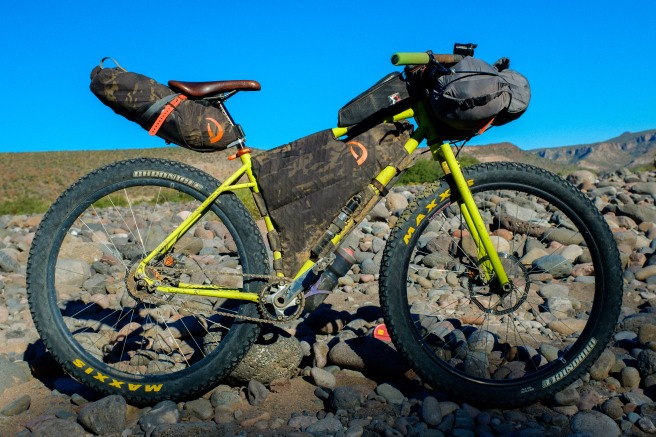 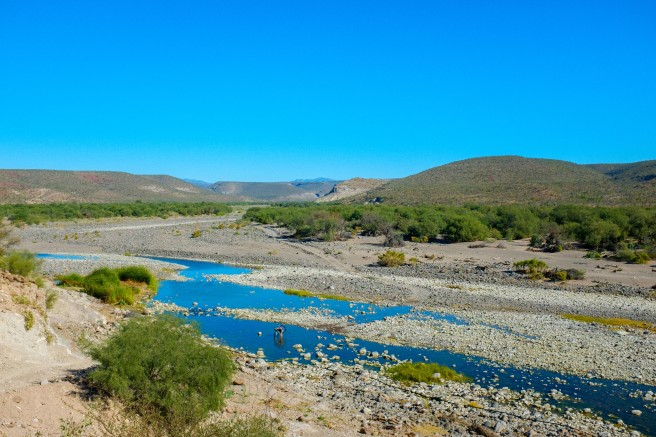 Baja is an awesome place, and there are a lot of things I love about it. But the quality of the bike riding for bike riding’s sake isn’t at the top of the list. It’s very sandy. 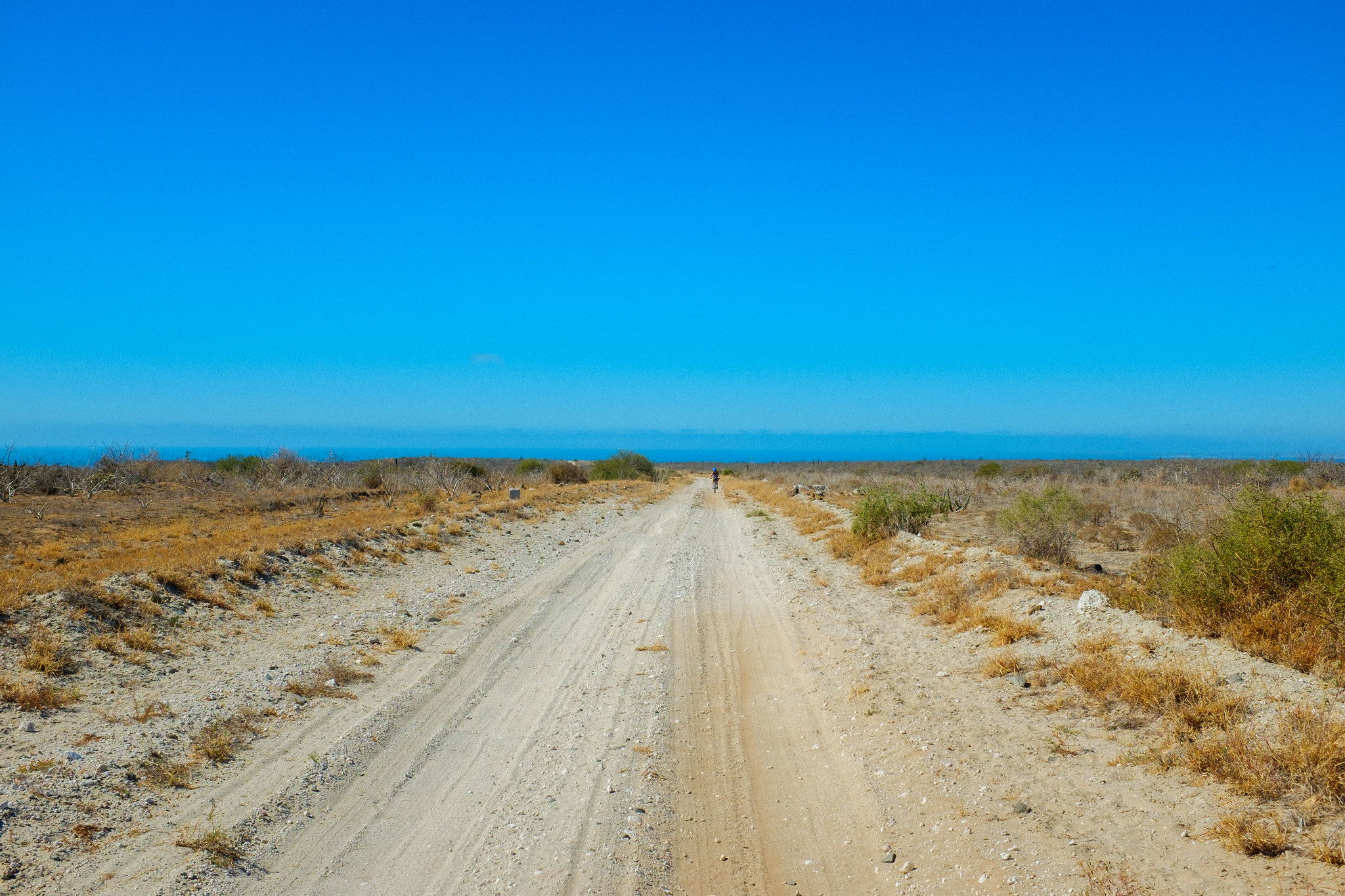 La Purisma- and on the subject of thirsty squirrels, there was one here. A squirrel isn’t so notable on it’s own, and these trees are place I’d expect squirrel to live. But the surrounding desert- the horror a squirrel must feel out there. I wonder how many squirrels died following squirrel Moses to this oasis.

We usually cook on a cat can alcohol stove (super cat!), but have had trouble finding alcohol that burns well. Fortunately, wood burns good. 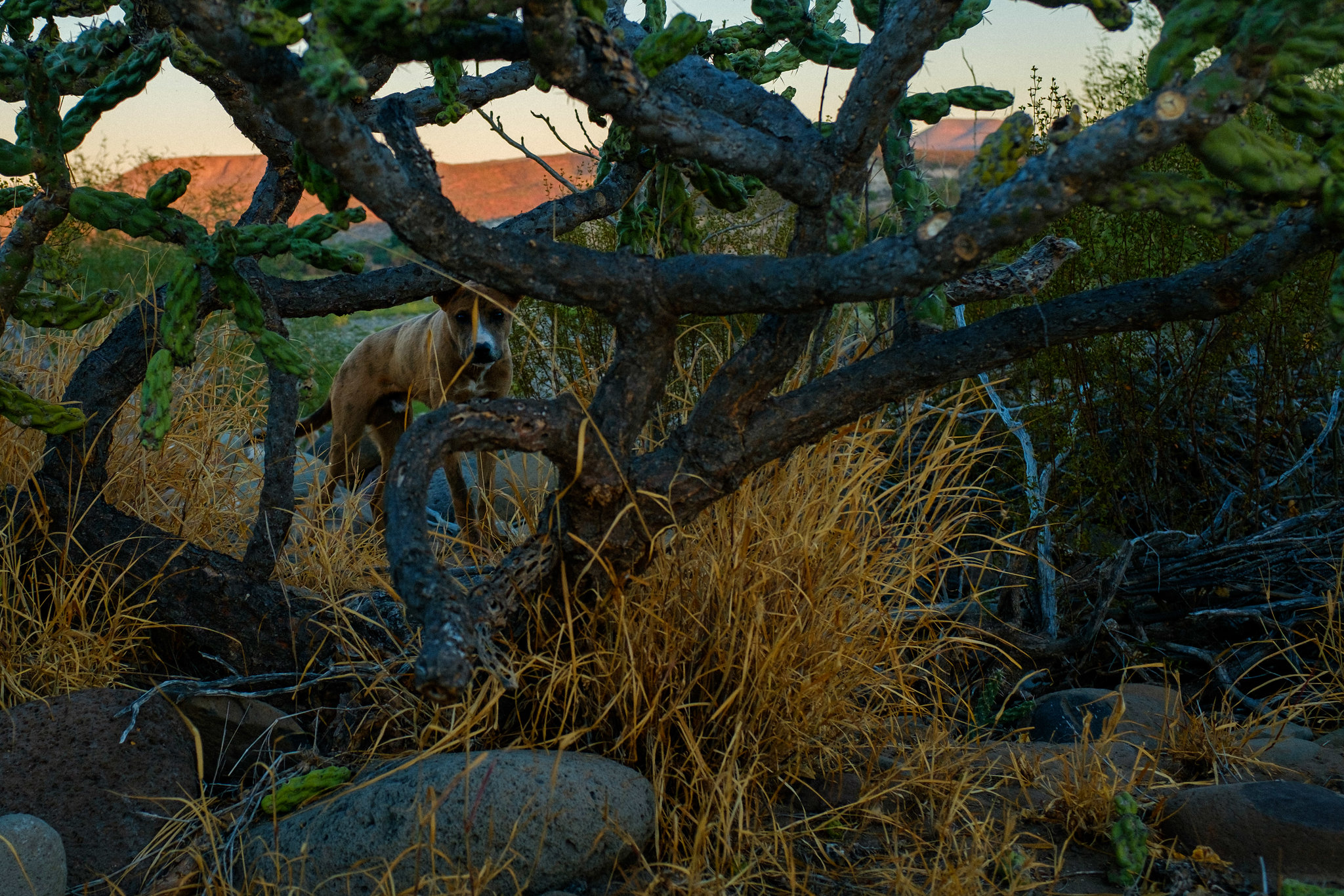 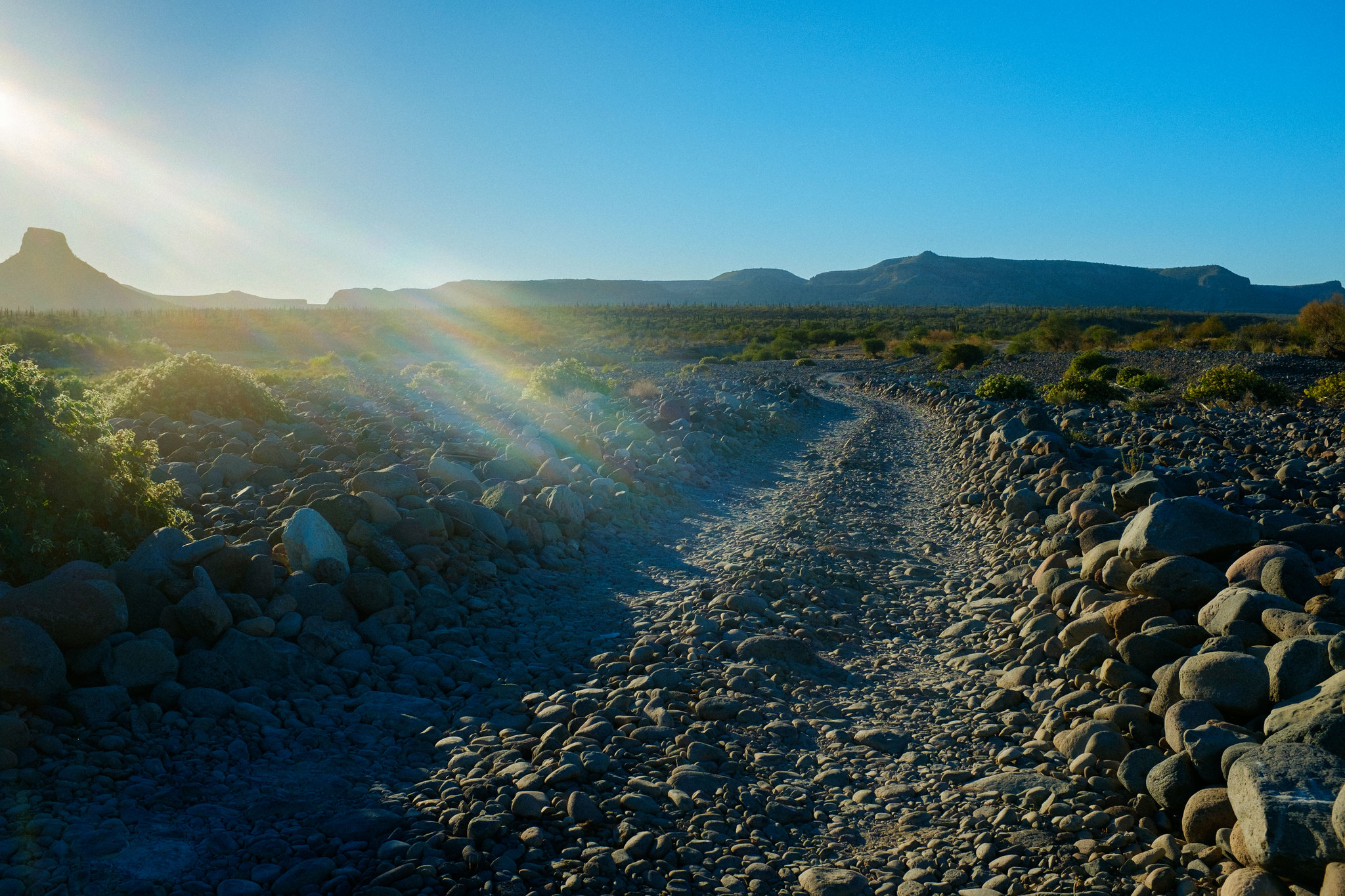 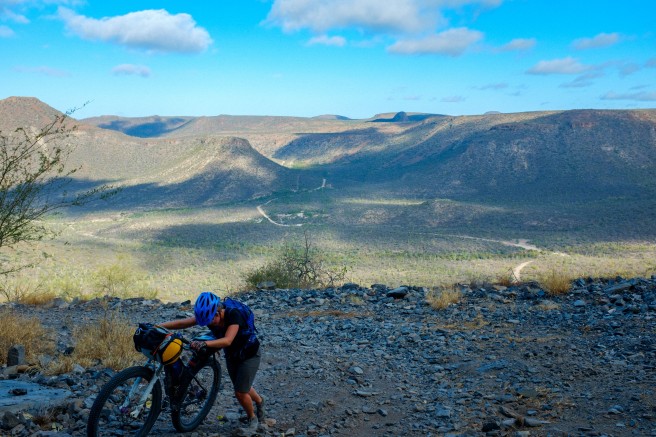 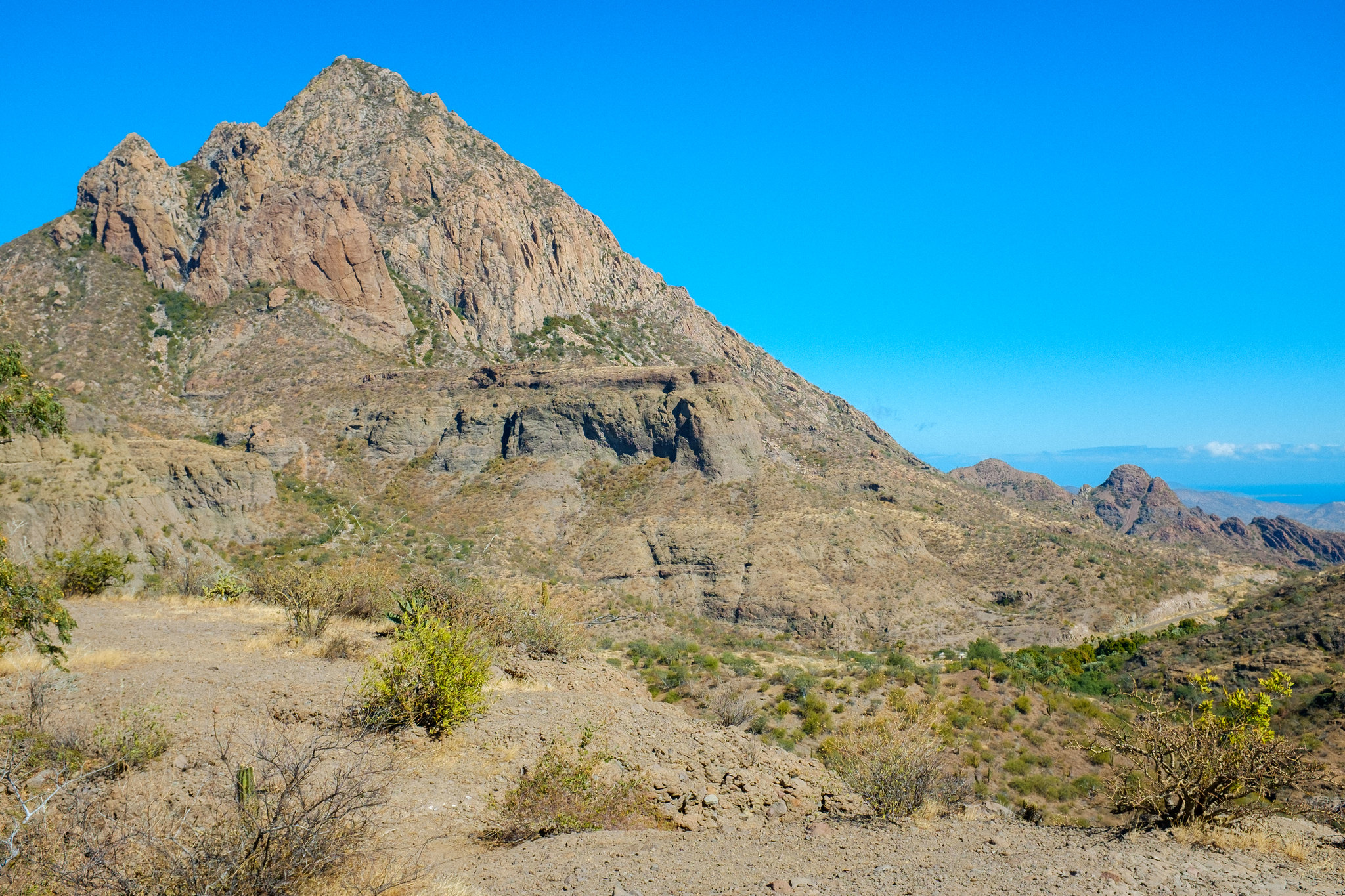 Places in Loreto have coffee that isn’t Nescafe Instant, which might be the first time since we left the states.

One place in Loreto, El Zopilote, brews beer. It’s amazing- definitely the first time since we left the states. I mostly forget what beer made by people that care about beer tastes like, but I think the pint was pretty good. It tasted like flavors, not yellow fizz.

I figured out how to get all our GPX tracks onto a Google Map. Might be useful to somebody planning something sometime (said everybody that doesn’t want admit that their blog is primarily a digital monument to themselves), but here it is anyway. I like clicking around on it:

7 thoughts on “Mulege to Loreto”