Just a little one. 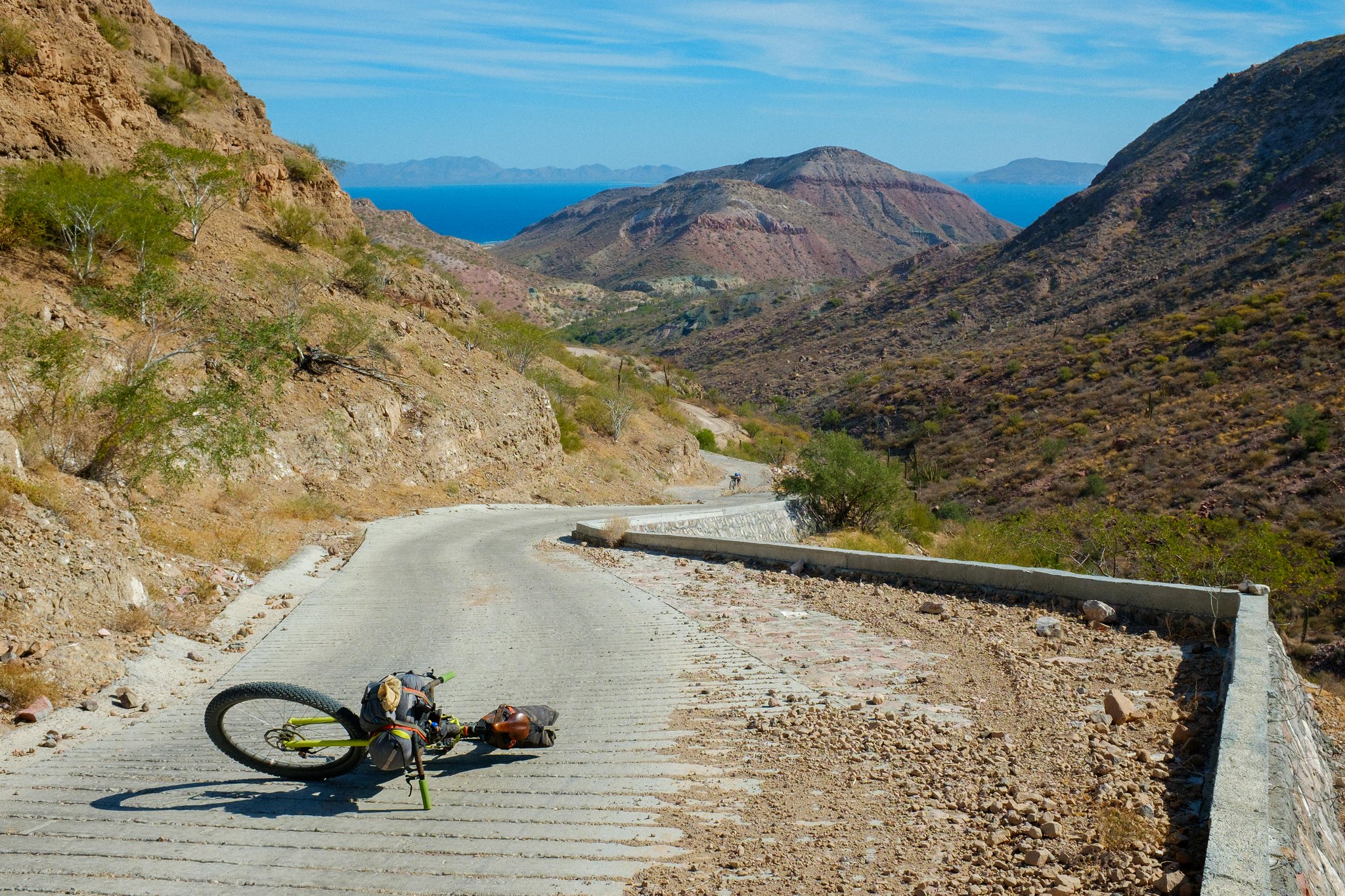 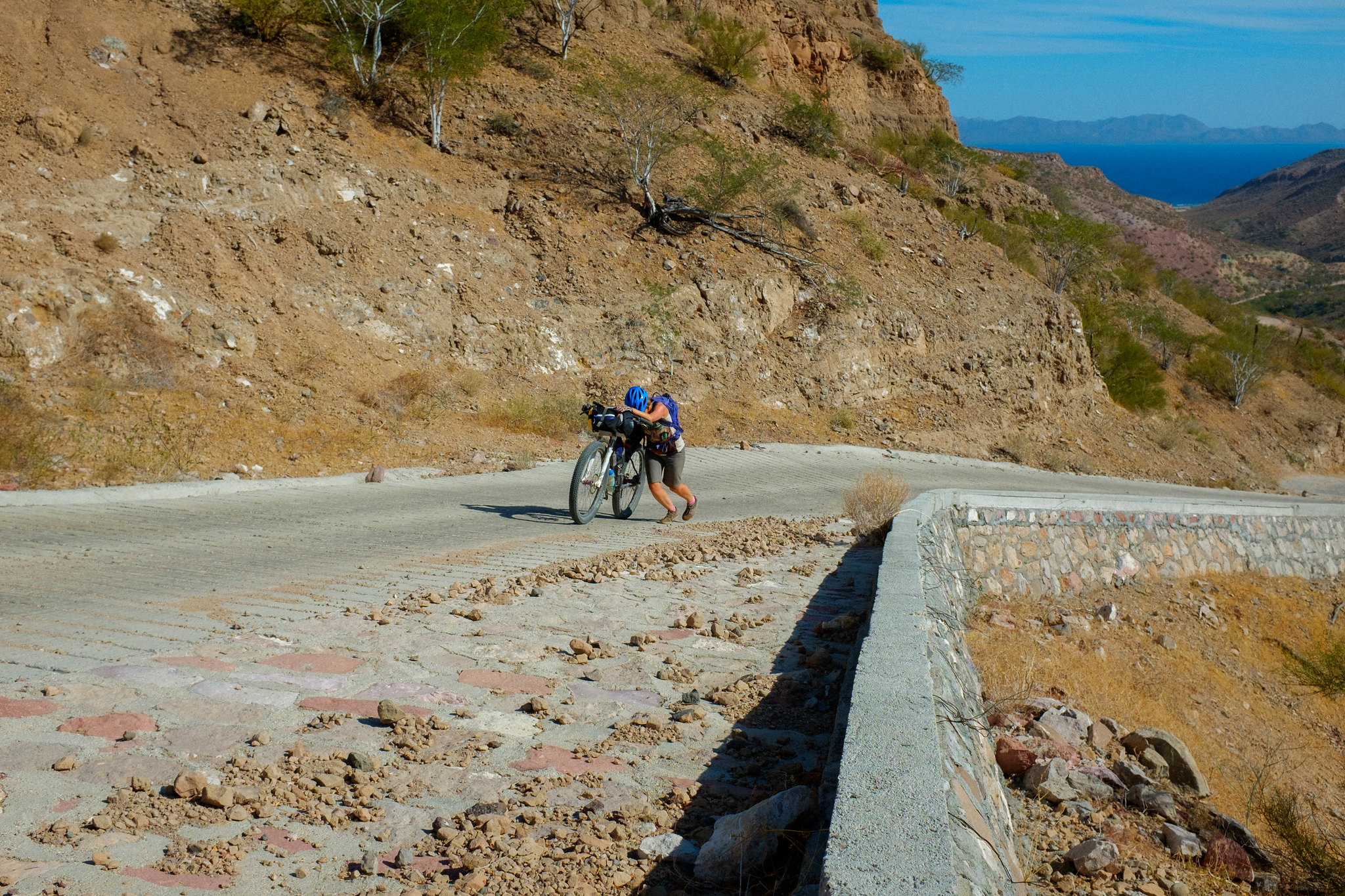 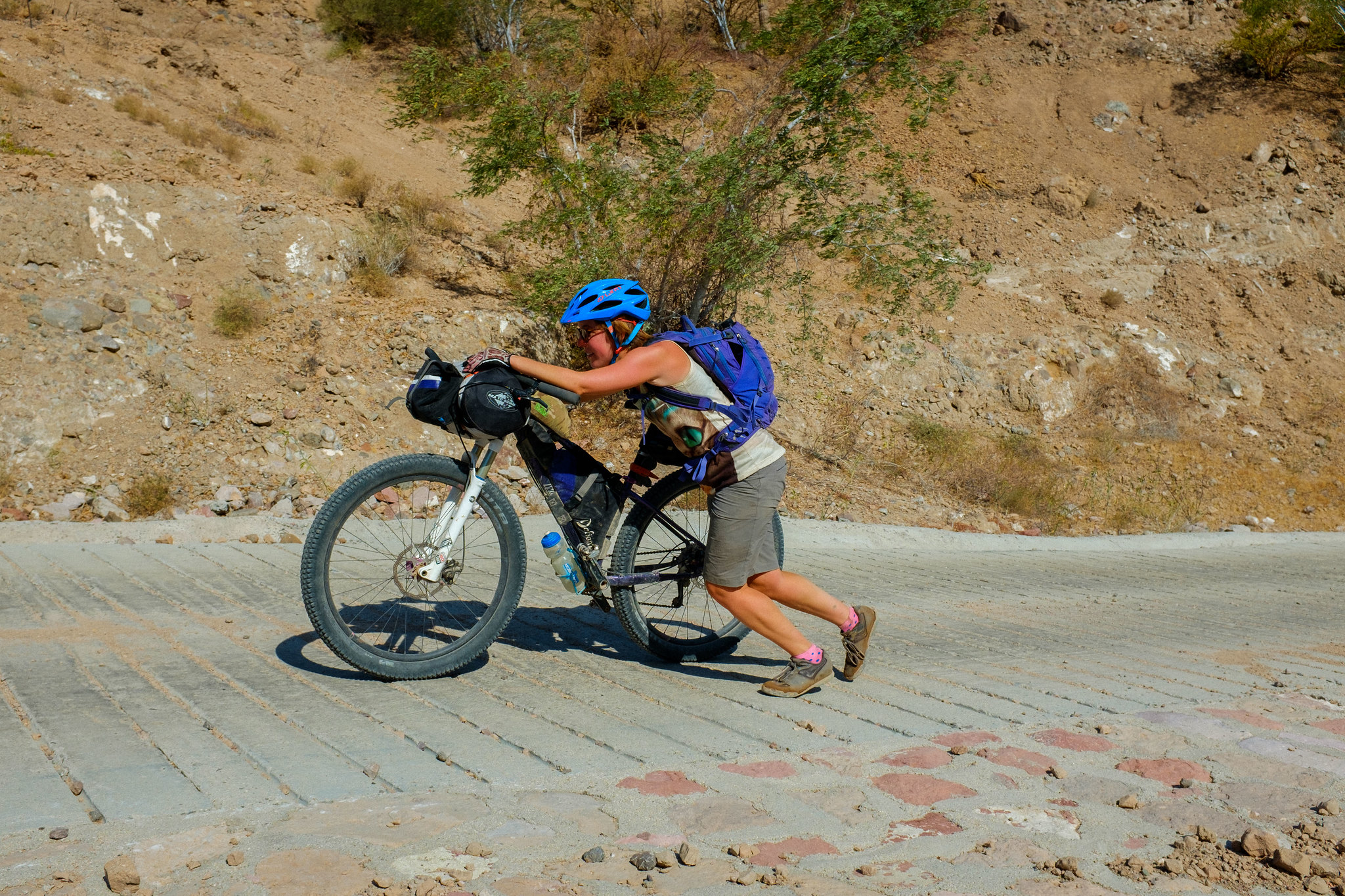 A few hours of hot desert riding and nice coast riding gets us within 20 miles of La Paz, and we set up camp on the beach. It should be a nice easy spin into town tomorrow. 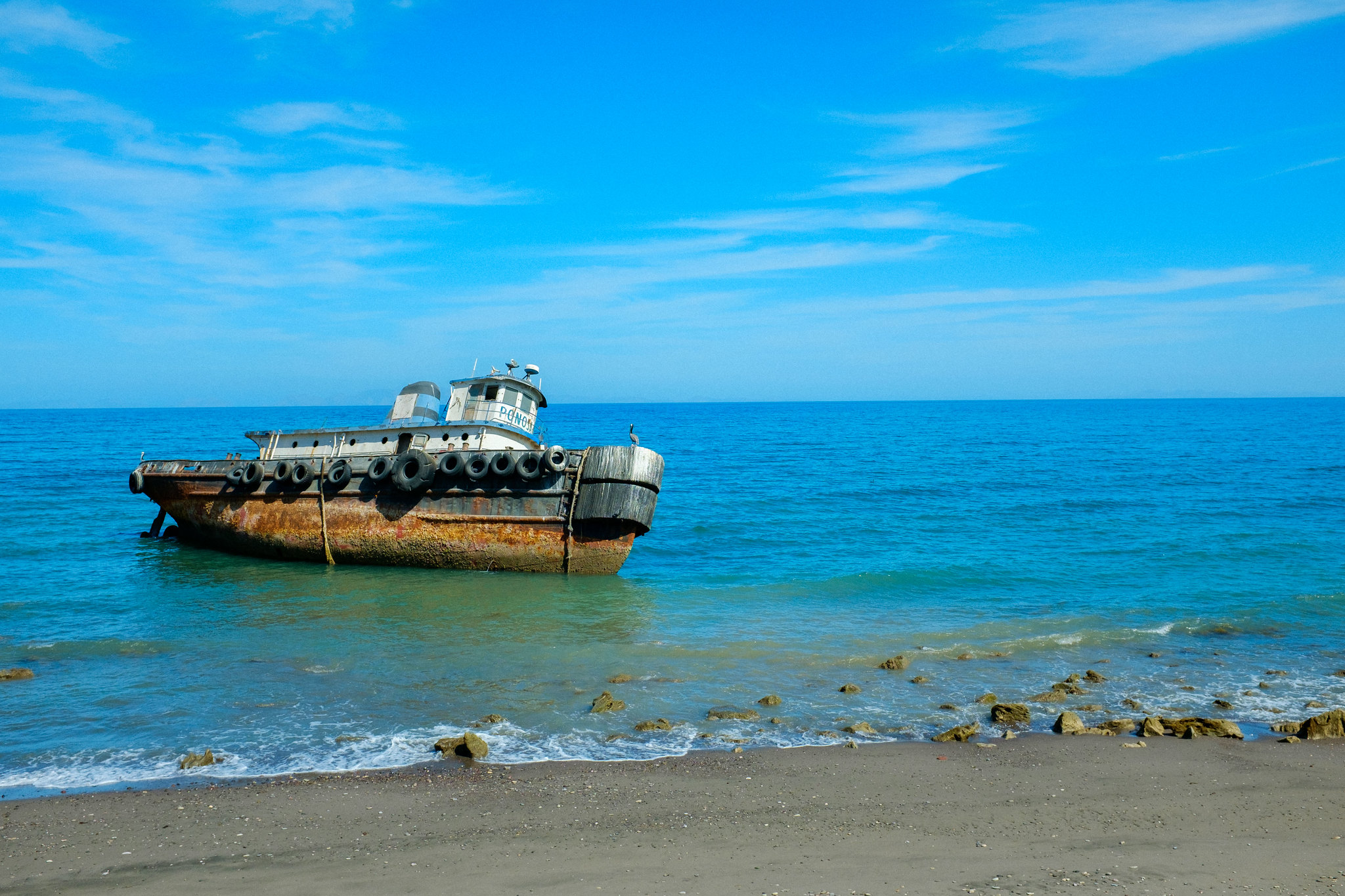 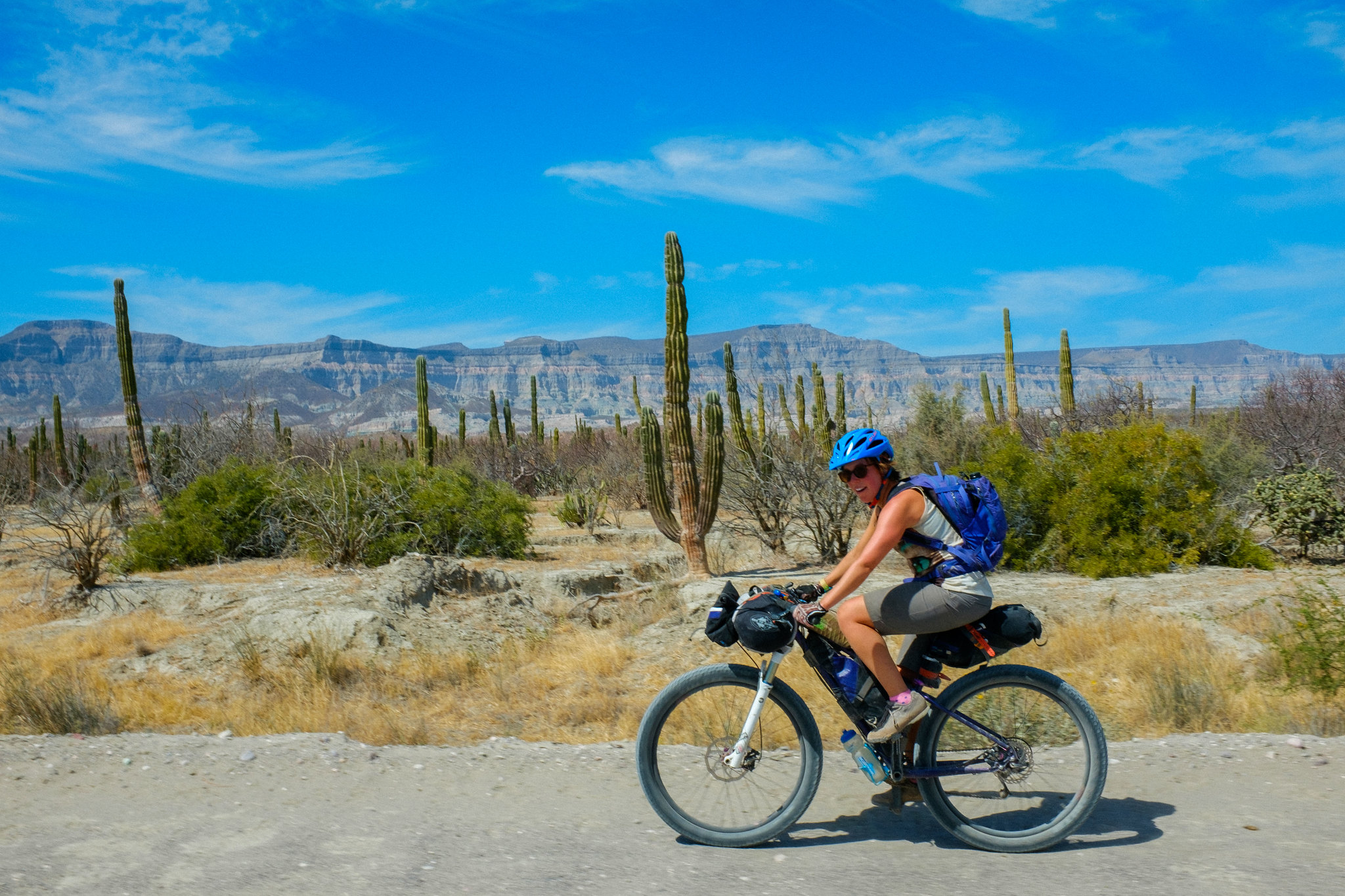 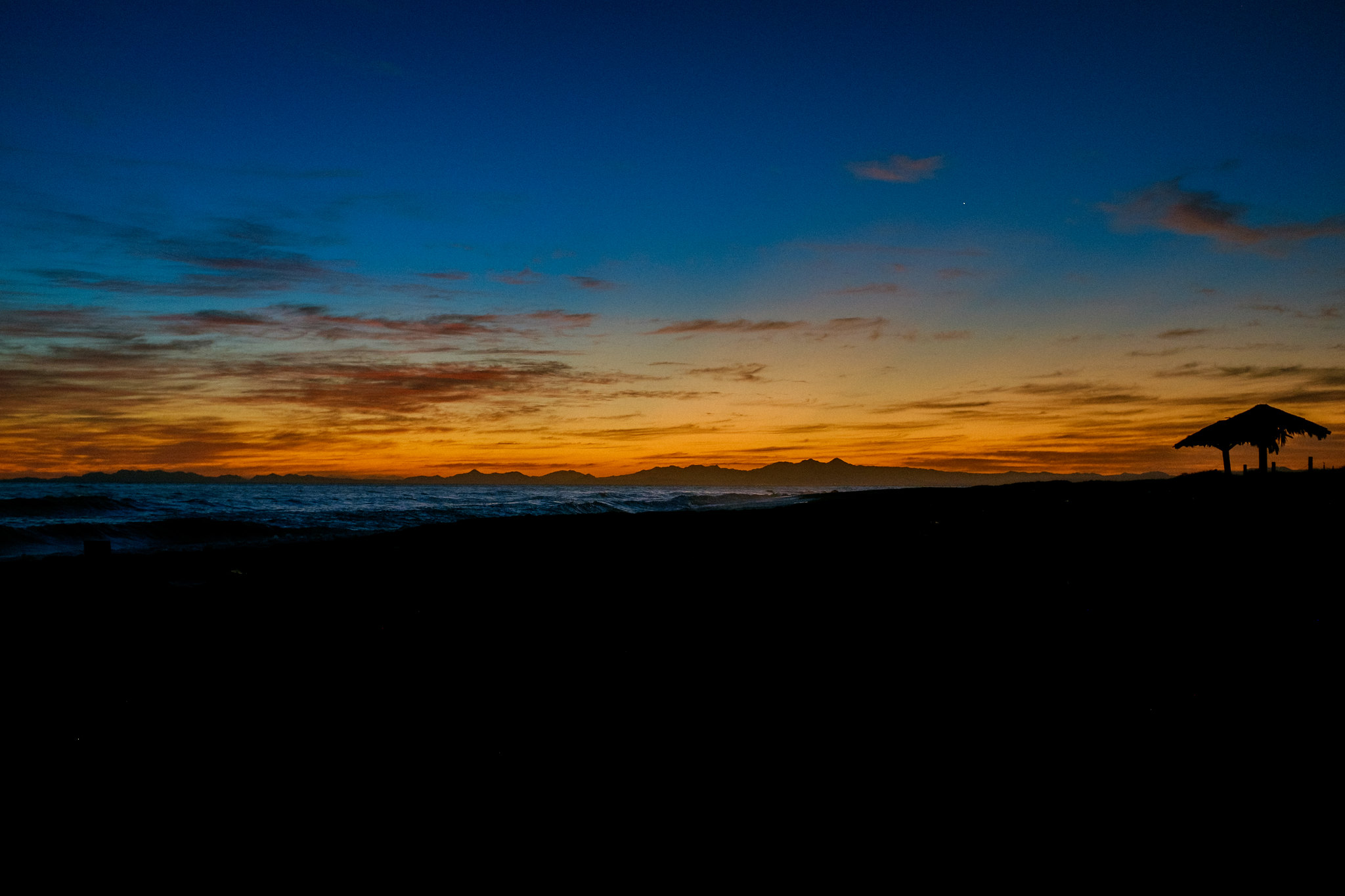 The next morning, I’m working on getting packed up.

“Hey, my tire won’t hold air,” Colleen says. I check it out, try pumping it up. Certainly won’t hold air. I check around the wheel, squeeze some spokes. For christs sake.

Two spokes are coming out, and have punched holes in the rim tape. The hub flange cracked and seperated from the rest of the hub. I unthread the spokes so that they don’t jangle around, and true up the wheel as best as possible. Try a tube- it immediately goes flat. The tire is so full of cactus thorns that there’s no way that’s going to work.

“Could you go try to thumb a ride while I work on this?” I ask Colleen. Goddamnit. Only 20 miles from La Paz, so much for the nice spin. I clean the sealant off the rim tape so that I can use a piece of duct tape to patch the hole the spoke made, then remount the tire, and start pumping as fast as I can with the mini-pump.

After a few sweaty minutes, the tire pops into place. Not easy, but good thing it worked, because nobody with a truck seems to be headed towards town.

We hit the road, and the tire seems to be holding air ok. Ten miles to El Centenario. We stop at a loncheria, where I get a plate of pancakes and a steak omelette, covered in some awesome green saucy stuff. We’re almost into the city now, and I’m feeling good.

We leave the restaurant and walk to the bikes- my back tire is flat. The slow leak that I’ve had for a few weeks must have turned into a fast leak. Damn. I pump it up.

Finally, on the sixth stop, the tire holds. We limp the bikes a few more kilometers down the highway, and into La Paz, with all the usual grill smoke and thumping music and skinny dogs and less-skinny girls in crop tops.

I walk into the Walmart on the edge of town to try to find some tire sealant, but get overwhelmed by the sea of cheap crap, and end up coming out of the store with some expensive non-Tecate beer and a box of wine. But that’s all we really need at this point anyway. 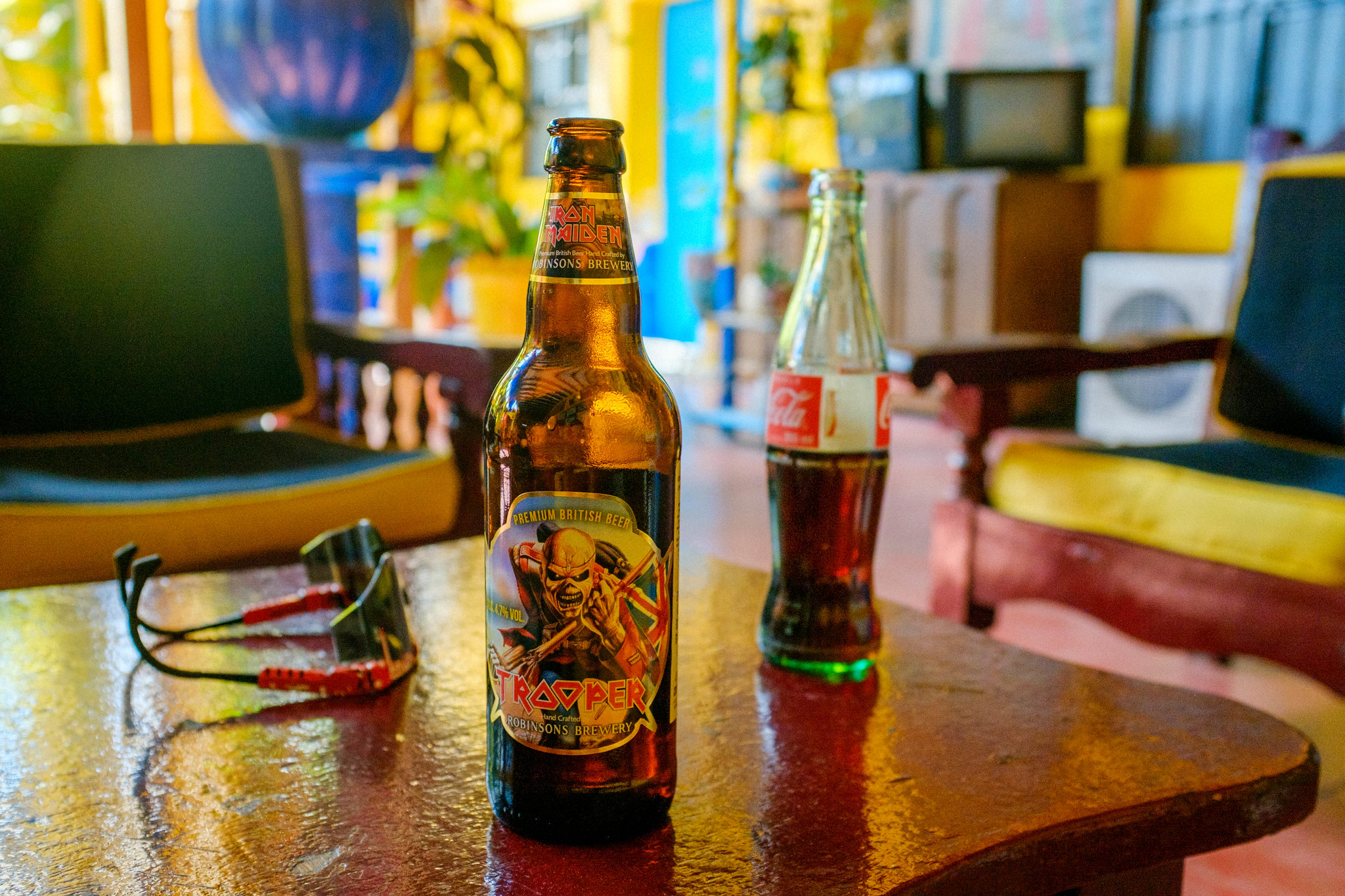 One thought on “San Evaristo to La Paz”