An A-10 pulls out of a strafing run, jet engines echo off the mountains. It takes a couple seconds for the sound from the gun to get to us. And at 3,900 rounds a minute, it sounds more like a zipper, or like that one time I hugged our cat too hard and he farted, than a gun.

“Hey, at least they’re on our side.” We’re riding through the Barry Goldwater Gunnery Range, an area so inviting and so well loved by the American people that we pay the Air Force and Marine Corps to continually attack it from the air.

Somewhere on the other side of the road, a bomb explodes. “You want to camp soon?” I’m pretty certain we won’t be blown up if we camp close to the highway. And if we are exploded, I’m sure that the offending pilot would at least be demoting to flying transport planes.

“I’m gonna go check out this wash. Maybe we can go under the railroad bridge.” I check the bridge. 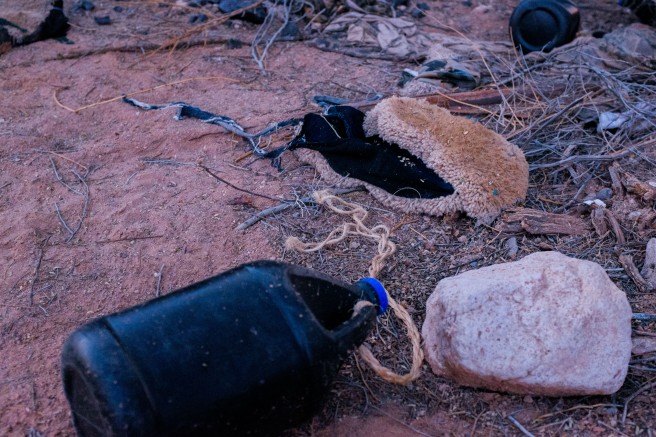 It’s littered with black water bottles (to be less visible at night) and carpet shoe covers (to leave less obvious tracks) that immigrants use to try conceal themselves from the border patrol- even though the border patrol uses stuff like thermal imaging cameras.

The tracks are so recent. I wonder how these people made out. And man, I can’t imagine trying to cross the Sonoran Desert in carpet slippers. The A-10 swoops down again. Another explosion.

We camp a little farther down the road. Not in a wash.

Phoenix was actually a lot nicer to ride through than I expected. It has tons of bike lanes and well marked bike routes, but the place is enormous. After we got off the Black Canyon Trail, we rode 40 miles in a fairly straight line to get from one end of town to the other. The soles were falling off Colleen’s Giro Terraduras (this is the second pair that’s delaminated), so we found her some fresh kicks (another pair of Giros, fingers crossed), and spent a night in the Phoenix Hostel. One of the other guys staying there cooked a big dinner, and I drank one beer, as permitted by official hostel anti-drunkenness rules. 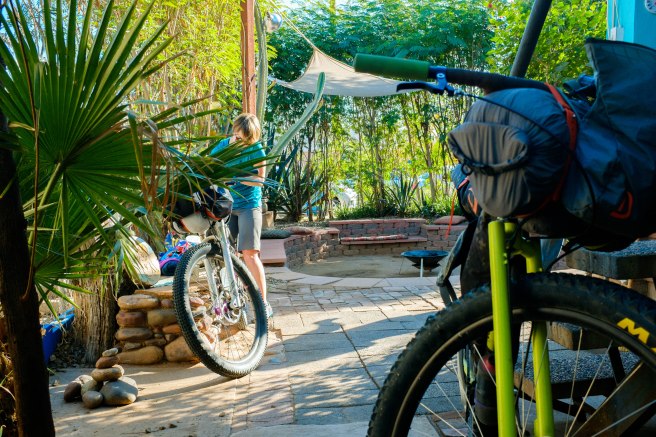 On the way out of town a chirping noise that I’d noticed a week ago in my front hub started to get worse. I stopped and checked the thru-axle. Checked the spoke tension. Squirted some chainlube on the endcaps. I was convinced that a bearing was going bad, or that there was something wrong with the dynamo. And these hubs have to go back to the factory for service. I started to get bummed.

We accidently rode past the Velo and Bicycle Nomad Cafe, and Erick, who has some of the most impressive hair I’ve ever seen, ran out of his coffee shop yelling.

“We’ve been waiting! We’ve been waiting for you!” I doubted that was true, but a welcome like that made it pretty hard not to stop and have some coffee. It was good coffee, and Erick and the guys in the shop were real nice.

I also bought some more lube to spray into my hub. I knew it wouldn’t help, and it didn’t.

10 miles later, I finally figured out why. The valve stem was a tiny bit loose. The noise that had been driving me crazy for a week and convinced me that I’d have to build a new wheel, was a loose tubeless valve stem. Bikes man.

At the edge of town, we rode a little bit of the Maricopa Trail, which rings the city. The trail looks like a good way to get south from the Black Canyon Trail, provided your shoes aren’t falling apart, you don’t want a five dollar hostel dinner, and you don’t want to buy some coffee from a man with really impressive hair. 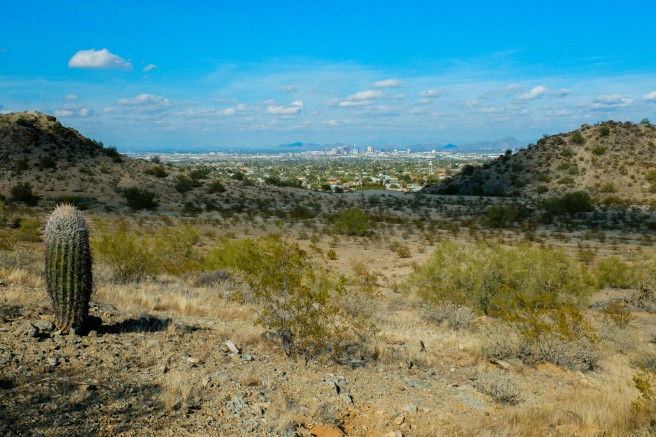 The next part of our route was shut down by some no-trespassing signs on the Gila River Indian Community, since I try to limit my trespassing to land owned by the government or utility companies, we turned around. And that was fine, because we ran into some wild horses. 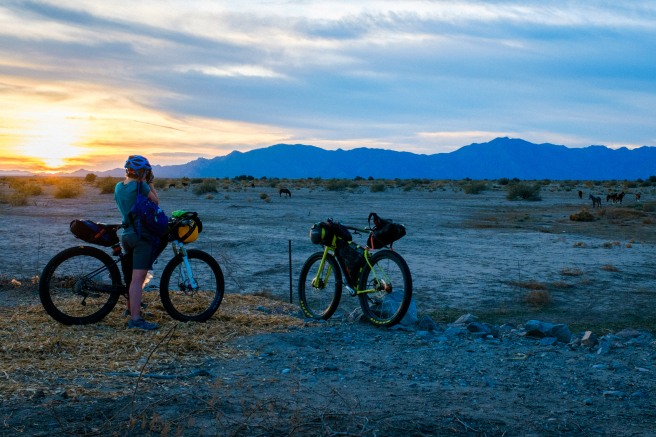 The next morning, we rode onto the Sonoran Desert Preserve, and to my surprise and great joy (mostly because I love watching westerns and reading cheesy cowboy books), ended up on the Southern Overland Stage Route.

After a burger in Gila Bend, we rode onto the gunnery range towards Ajo.

Sometimes, like when the Air Force is shooting stuff on both sides of the road, pavement is the only good option. 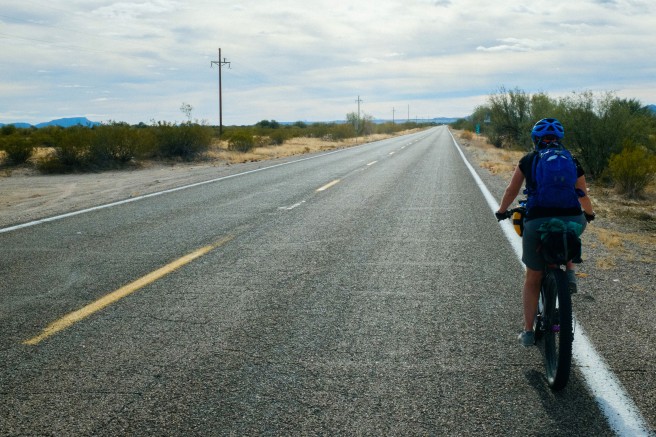 Tomorrow we’re heading out on the Camino del Diablo towards Yuma. After that, we’ll either cross the border in Mexicali, or ride to Tecate. 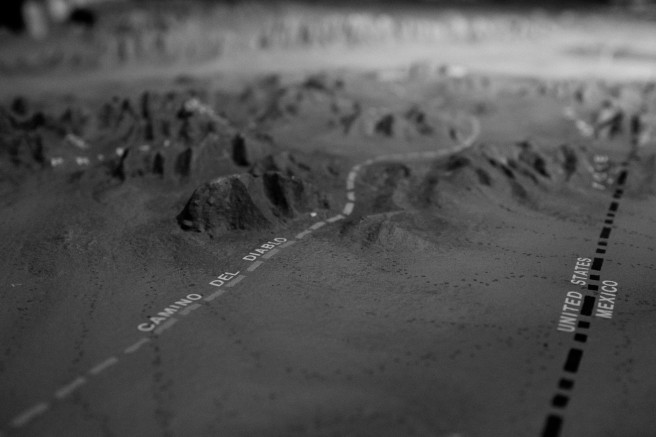 One thought on “Phoenix to Ajo”