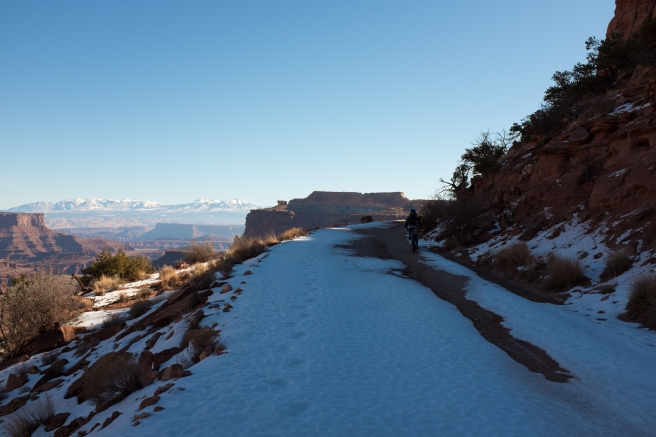 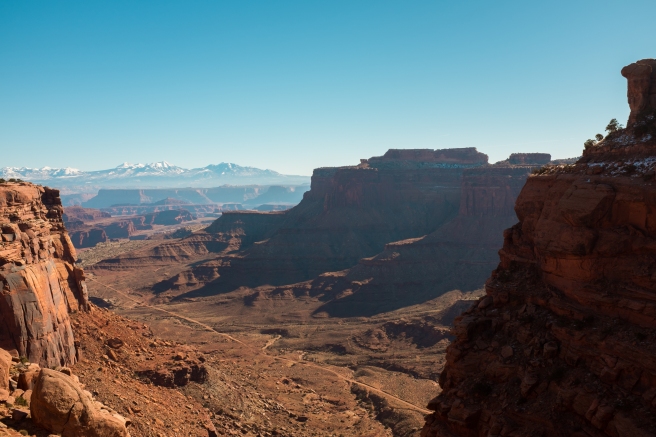 “How far are we?” Colleen asked.

“Oh, looks like about 17 miles.” I cut a off big chunk of salami and set on the red boulder. The plan was to make it to Potato Bottom, where we could filter water from the Green River. Didn’t look like that was going to happen. But that’s fine. It was sunny, sweater weather, and we had the loop to ourselves. We could take our time.

I’ve wanted to do the White Rim for a while, but in the high season it’s a bitch to get a permit. The loop is jamming with people on bikes and 4x4s.

And it can get a little hot out there in the summer. 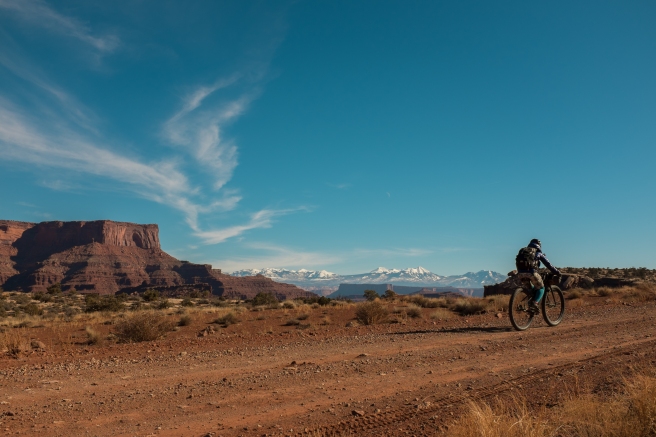 But man, if you can get a good weather window in winter, it’s excellent.

Colleen hasn’t been on the bike much this winter (temperatures around zero make her hands go numb no matter what combination of gloves and poggies she tries), so she was feeling the miles a little.

And to be honest, I was too. I’ve been fighting a cold, so I was coughing up a lung-full of mucus every time I tried to pedal uphill.

But holy hot dogs, it was worth it to be out there. 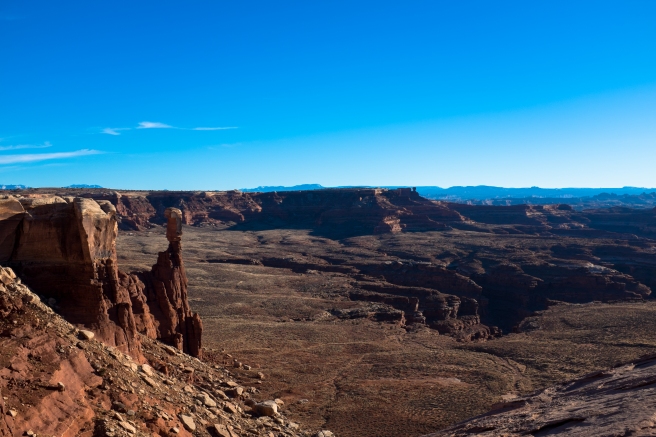 We made it to the top of the ridge right as the sun was going down. It seemed like a good time to set up for the night.

It got a little cold up there, so we tried using one of the sleeping bags as a blanket. Pretty miserable failure- the sleeping pads slipped apart all night, and we slide onto the ground.

I rolled out of the tent at the first bit of light. Glad I did. 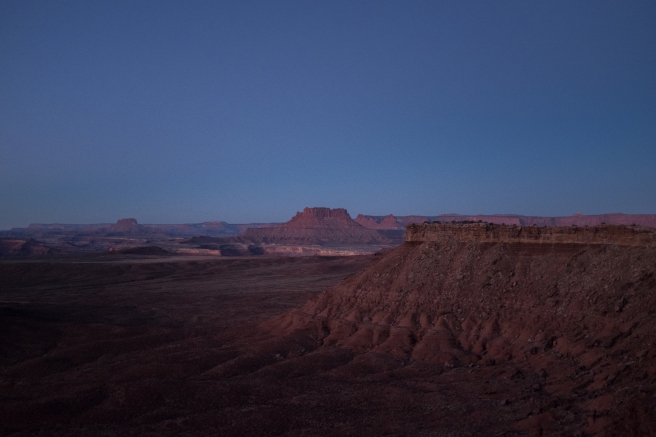 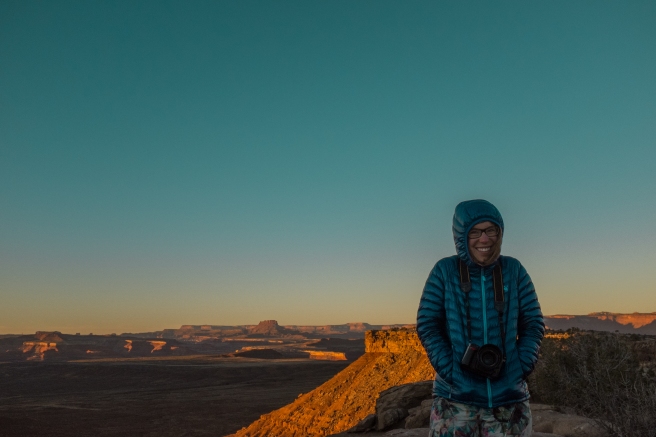 Coffee time with the beer stove. Making that thing a couple months ago might have been the most productive (although not the most memorable) thing I’ve done after having a Dale’s. 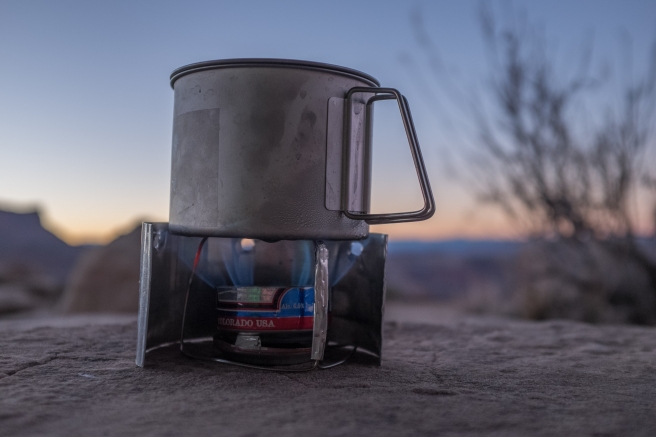 After we got packed up, it was a pretty easy 20 mile spin down to the river.

Like most water in the desert, the Green is silty enough to clog a pump filter. A steripen does a good job of zapping all the cowshit bugs though.

What goes down has to come back up, and pretty steeply in this case. Colleen’s knee was acting up- probably from a loose cleat that we didn’t find out about until she lost a cleat screw a few miles later. 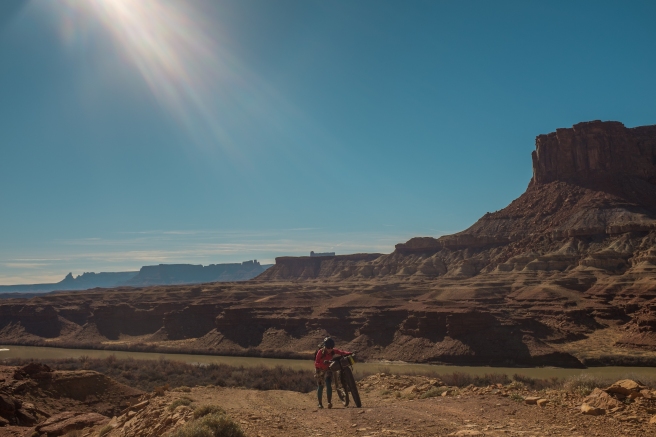 The last few miles, we had a freshly bladed road. Beats the meat out of washboard.

It was a nice way to work up the appetite for some enchiladas.

Some notes- since there aren’t any water pumps on route, most people either bang this thing out in a huge day, or organize a big SUV supported expedition. But if you learn to use a water filter, it’s such a perfect two-day bikepacking trip. The Green River is accessible 66 miles into the loop (going clockwise).

5 thoughts on “Two Days on the White Rim”