“Can’t you drop me off at home?” I begged, too lazy to ride up the big hill to the cabin.

Colleen had to shoot a comment session for the paper on a proposed marijuana grow facility in Silt. The little town is only a few miles to the west on I70, but apparently has slightly different politics from the valley where we live. The hall was overflowing- the crowd spilled onto the sidewalk.

Colleen pushed up to the front of the meeting, while I got stuck in the middle, behind an enlightened fellow whose leather vest read “Rocky Mountain/ Native/ Defiance/ DILLIGAF/ Fuck Illegals.”

“I motion to start with initiative three, approval of the High Q marijuana grow facility, which I’m guessing is why you’re all here,” opened one councilman.

People snorted disapprovingly, as if they couldn’t believe things had gone this far. A few looked around to make sure that there weren’t any dissenters in the room. I shrunk into a corner, afraid that somebody would spot the dirty hippy in the back.

Just a couple days earlier, I’d been talking to my dad about Colorado’s grand social experiment, and I’d assured him that no, despite what the TV said, the streets were not full of zombies, order was not breaking down, and the government was not scheming to boost tax revenues by getting everybody hooked on the pots. Living here, it just seems like a non-issue.

Even in Aspen, which I assume will be the first place to be consumed by fire and brimstone after divine judgement, the whole thing is about as exciting honey roasted peanuts.

But apparently that’s because I hadn’t thought of the children.

The people who were planning to open the greenhouse and extraction facility had a powerpoint (contrary to expectations, they were middle-aged and looked as interesting as grocery shoppers in Ohio). The crowd rabble rabbled at every slide, and then the floor was opened to comment.

One guy had some numbers about how much water the greenhouse would use. Silt, although you’d never guess it from the name, is a dry place. So fine argument, and he actually did some research.

But he was the only one, and then the comments dropped into hysterics.

“There are children here! How dare you even consider allowing this thing near our town! I’m horrified! It’s a travesty, and a tragedy for the children! Don’t you care about our children?”

“And what about the robbers? You have security cameras, that tells me you’re expecting problems. Where will the robbers go after they’ve robbed this facility? They’ll go right through my back yard! And the children. God help us.”

At every mention of the children, the toxic marijuana waste, and the hunched, vulture-like creatures of the night dumpster diving to get their weed fix, the crowd nodded vigorously.

I started to wonder if anybody talking had a capacity for reason. They had opinions that could withstand a nuclear blast, and no facts to back them up. I don’t care if Silt (or anywhere else) grows marijuana, but I wish that people would at least have a sensible discussion when they get their panties in a bunch.

Even as a visitor I could see that they already had stuff potentially more dangerous to the children (and adults) than a greenhouse- like cows, the interstate, and men who go to town hall meetings with “Fuck Illegals” patches on their leather vests.

But then I kinda got it- things we don’t understand are scary, and scary things must be defeated. To save the children. I think I get how America works now.

Anyway, here are some cats.

The desert is really nice right now. It was snowy.

But now it’s not.

Colleen is riding really well on the ECR that we built up this summer. With the long wheelbase and huge wheels, that thing is super stable. She’s way more confident than she used to be on her hardtail. 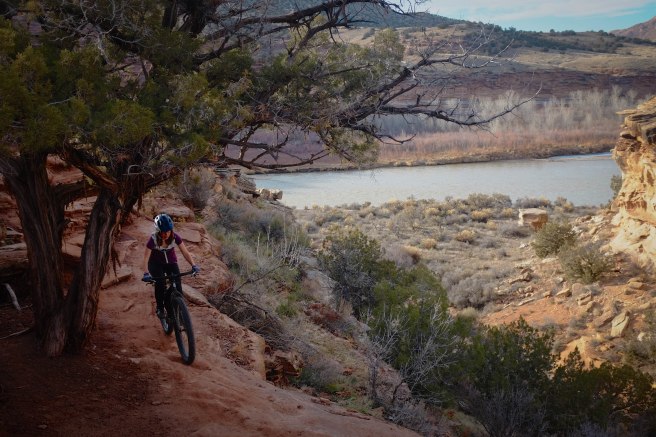 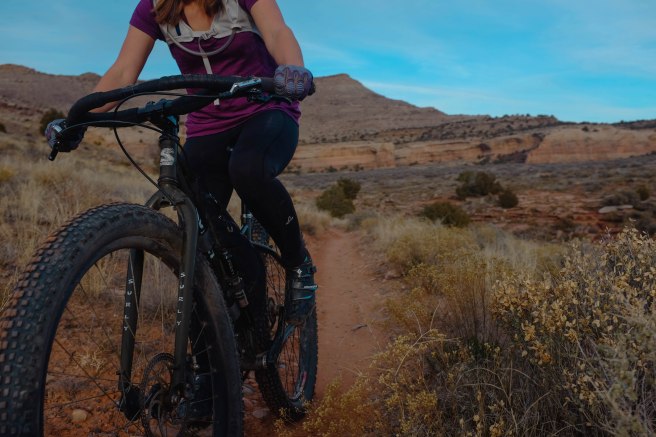 One thought on “The Pots”