Sometimes when I’m standing back in my corner of the shop, spilling black DOT fluid out of an Elixer master cylinder all over my hands, I catch a little of the front counter conversation.

“Yeah, really good down there, nobody around.”

“Oh, that’s cool,” says whoever is up front, not quite as interested as I am.

“Hey, where’d you say that was at?” I yell as the customer turns to leave. But by that point, they’re on the way out, not gonna stick around and share much more information.

“De Beque.” Just a town name, then they’re out the door. But that’s enough to start digging with. 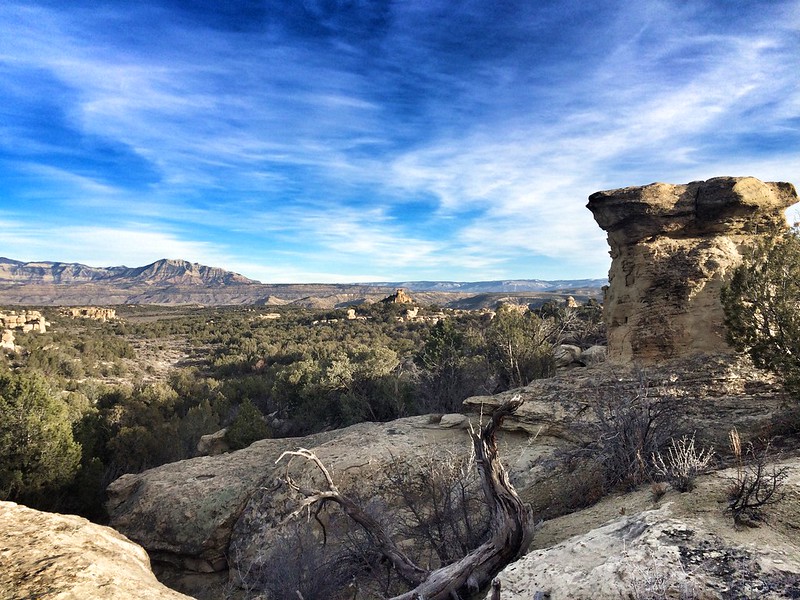 And going out and getting lost to find some new stuff is almost always worth it. 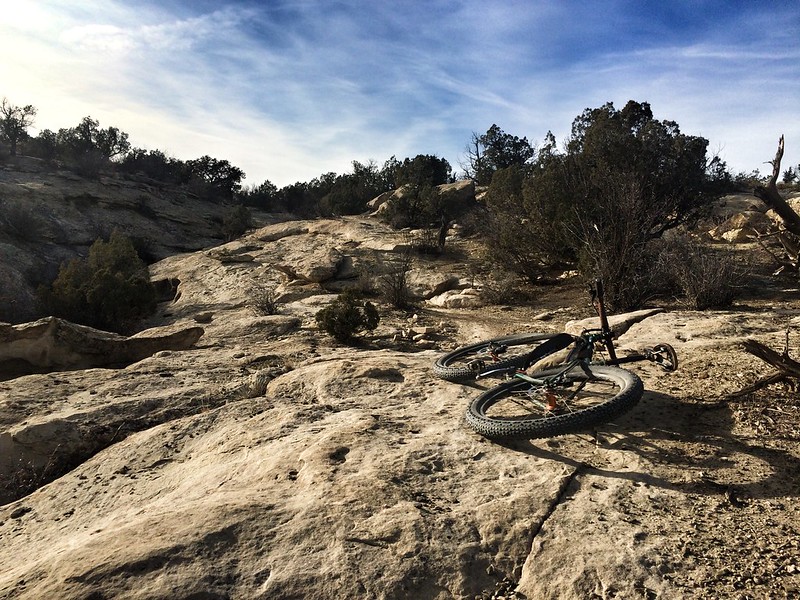 Colleen and I tracked down about 10 miles of good singletrack- a mix between fast twisty stuff, and cool slickrock. And there’s a lot more down there. 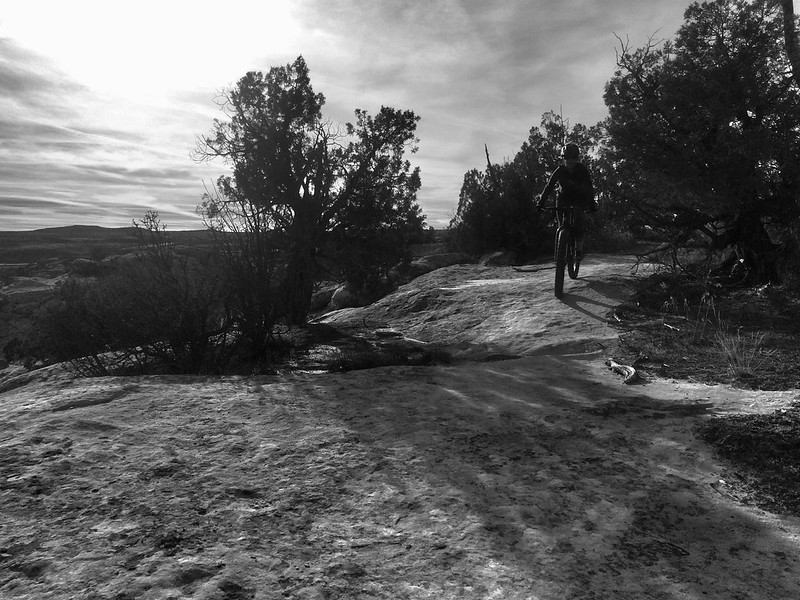 The hard part was figuring out where to start. 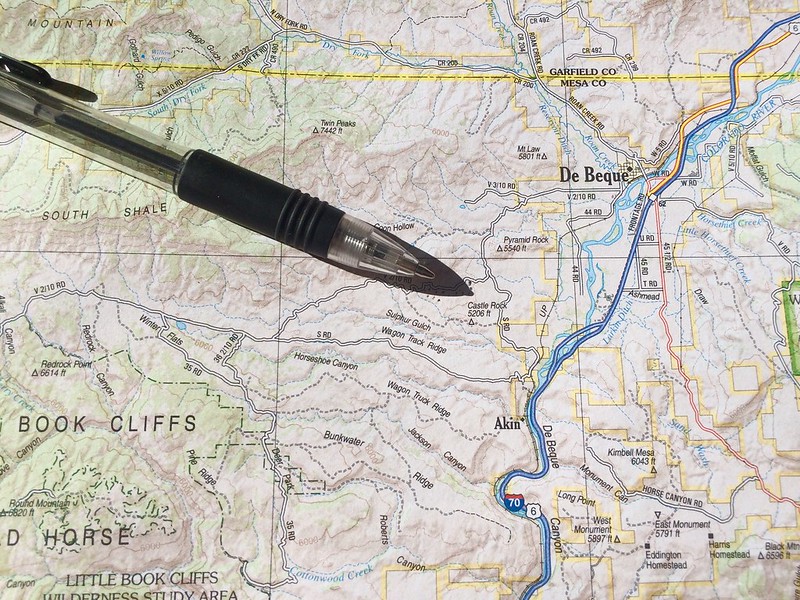 After we got that straightened out, sweet riding until the sun went down. 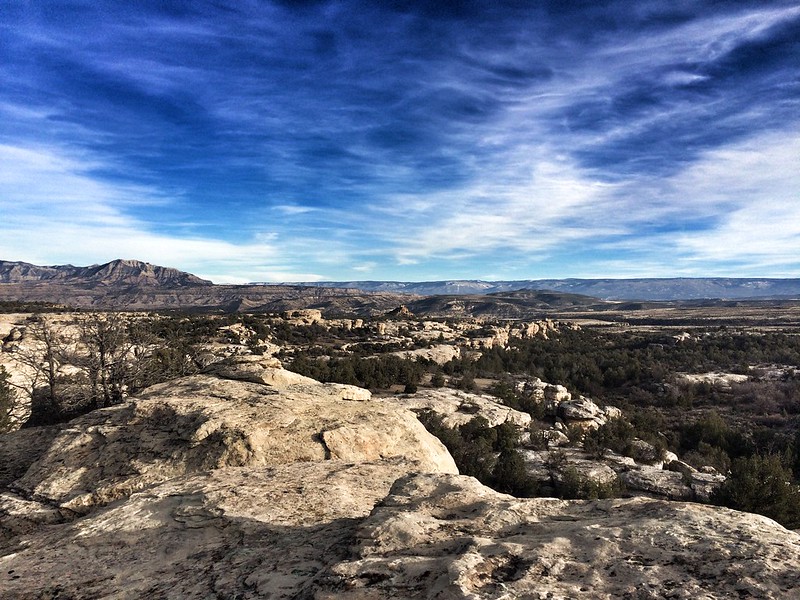 I’ll be back down there soon. It’s really good, and there isn’t anyone around. 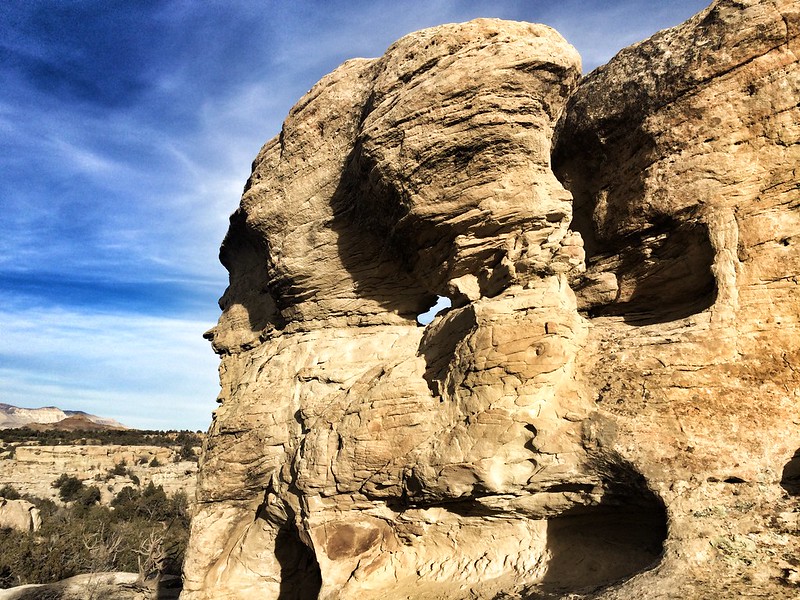