I’m in for the biggest of the bike races: Tour Divide Start List

I’ve been thinking about trying this thing for a few years, but my trying never really got beyond thinking. Between college, work, and all the other races I wanted to do, it seemed like too much- 2700 miles is a pretty long ride.

But now things are coming together. I live close to the route instead of on the other side of the country- so I’ve been able to get in lots of miles in conditions similar to what I’ll be racing in.

That’s helpful, because now I won’t be surprised when a tiny bit of moisture turns a nice dirt road into horrible stretch of clay, which makes a bike an inoperable mud ball in under ten feet, when I have to hike through a few miles of snow in the summer, and when it takes two hours to get to the top of a climb. I can expect all those things. Not that riding out here is harder than riding in Western Pennsylvania, in most ways it isn’t- it’s just different.

I’m working a job that doesn’t require any thought once I clock out, which leaves me free to really focus on planning. So I’ve been doing a lot of reading, research, and fiddling with stuff (and also having nightmares, in which I’ve forgotten my climbing harness to clip into the yarn anchors, and fallen off the cliff traverse section at the start, which isn’t a real section as far as I know).

And I finally have a bike set up that I’m comfortable riding for a really long time:

In the past few months, I’ve gone through four saddles, two forks, three handlebar setups, and two cranks- trying to get everything perfect, to the point where I can happily ride all day without wearing a chamois. My dad always grumbled at me for doing things half-assed, I know Tour Divide is going to be hard even if everything goes perfectly (which it won’t), so I’m definitely not trying to half-ass it.

But I should back up for a second. Tour Divide is a 2745 mile race from Banff, Alberta to Antelope Wells, New Mexico. The route is mostly dirt roads, and was drawn up as a mountain bike touring route by the Adventure Cycling Association.

The race doesn’t have any official organization- there’s a suggested start time, and a few rules which are enforced by the honor system. The big one is self-support, which means no pre-planned outside help, aid stations, team cars, or other crap. Everybody has to gather their supplies from shops, connivence stores, or restaurants along the route.

Logistically, I have things partly figured out. Colleen (she’s so swell) has agreed to take a road trip up to Canada for the start. From where we are in Colorado, that’ll be cheaper than flying, and I won’t have to worry about packing my bike into a box and reassembling it in Banff. The guys I’m going to be working with have given me a pass to race (they’re so swell too).

Sending supplies ahead to Post Offices along the route is allowed, but I’m not going to do that. I think it takes away from the self-supported part of the race.

I’m also not going to spend any nights in a hotel. This is a bikepacking race to me, not a multi-day point to point between towns. So I’ll sleep where I drop. Also, I can’t afford to pay for a room anyway (a few $70 a night stays would blow my budget, the massive amount of food I’m going to need to eat is going to be expensive enough), so it’s kind of a moot point.

But since I spent two seasons living in a tent down by the river: 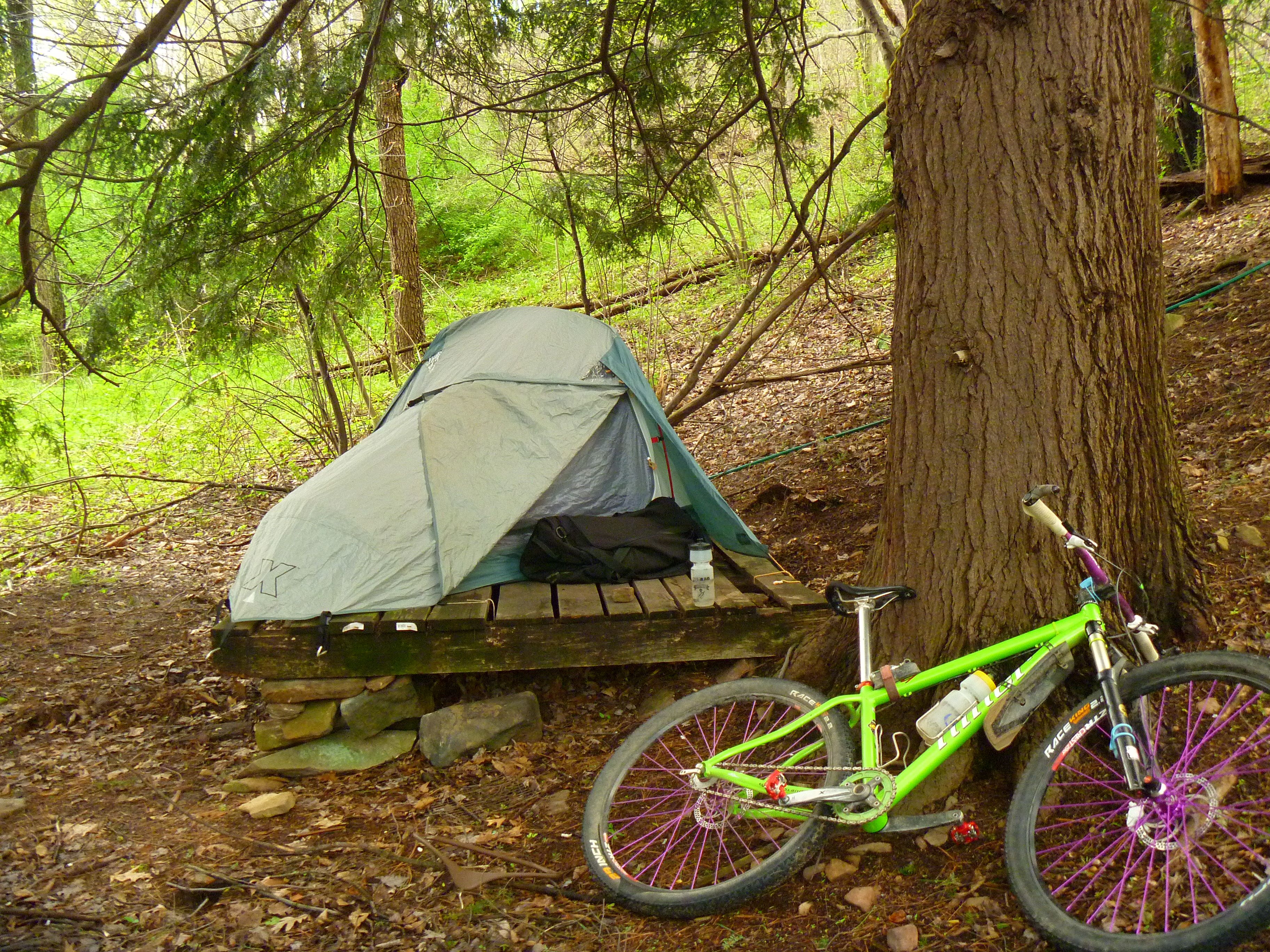 And more in the back of a pickup: 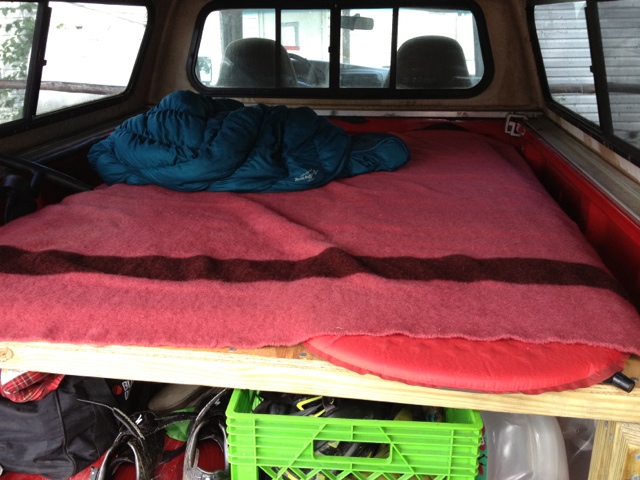 I’m familiar with passing out on a Thermarest. Out here in the West, it’s great sleeping weather (cool, dry, and clear) anyway.

I’m still thinking about navigation, but right now I’m leaning towards using Gaia GPS on my iPhone, with the Adventure Cycling Maps as a backup. Beyond that, I just need to ride my bike. And I’ve been doing that a bunch anyway.