Before we moved out here, I was doing a lot of internetting to figure out what kind of singletrack I’d be able to ride from town. The Scout Trail was always the first (and mostly only) ride mentioned when I punched “Glenwood Springs mountain biking” into the Google.

Fortunately, it’s not the only ride around. Not even close. But it is pretty damn rad.

The first time I did the ride, I went up the Scout Trail, continued straight onto another piece of singletrack called Forest Hollow, then turned around at Bear Creek and rode home. From the house, it was a 24 mile ride with 4500 feet of climbing.

And the singletrack was absolutely awesome: 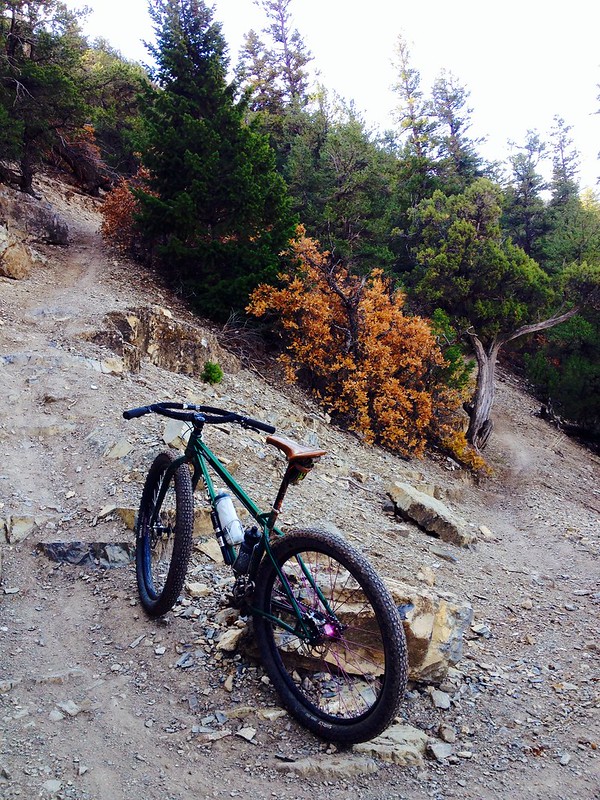 After a long climb out of the valley, the terrain changes from scrubby desert to high alpine. Forest Hollow Trail is up above 7000 feet, and a smooth traverse through the pines: 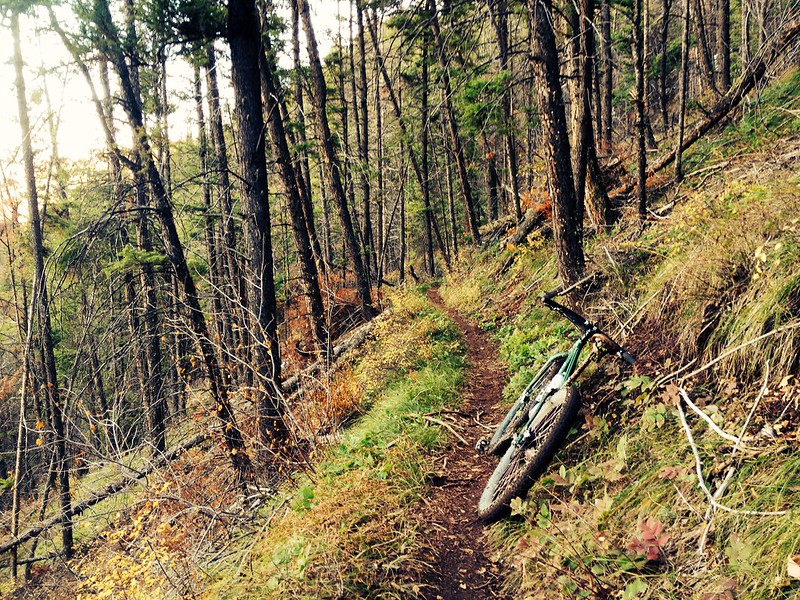 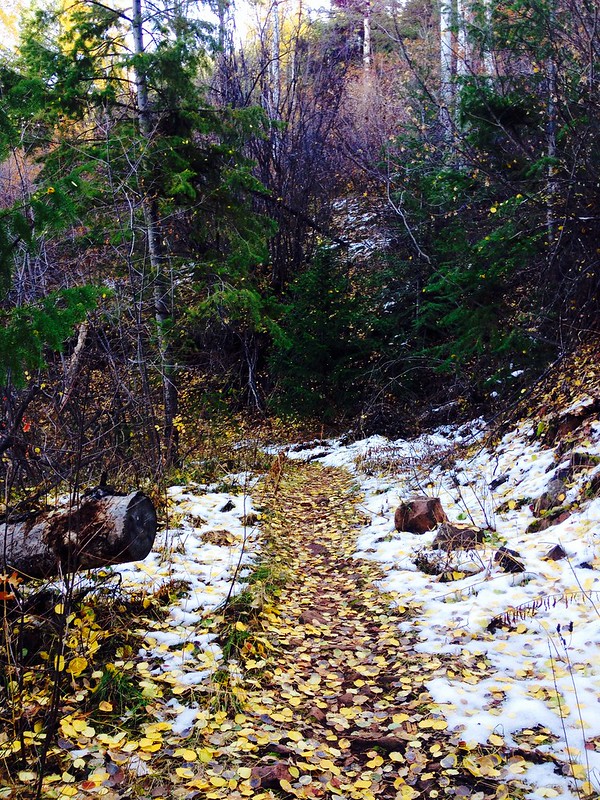 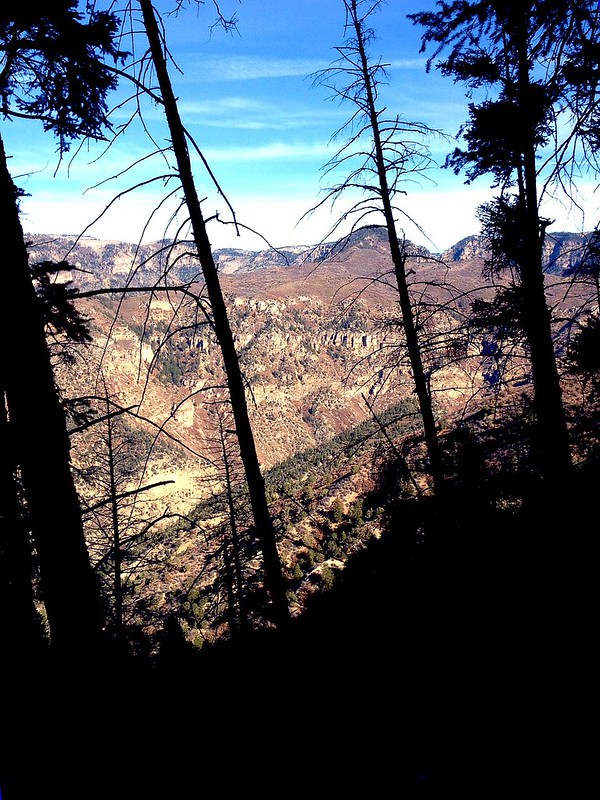 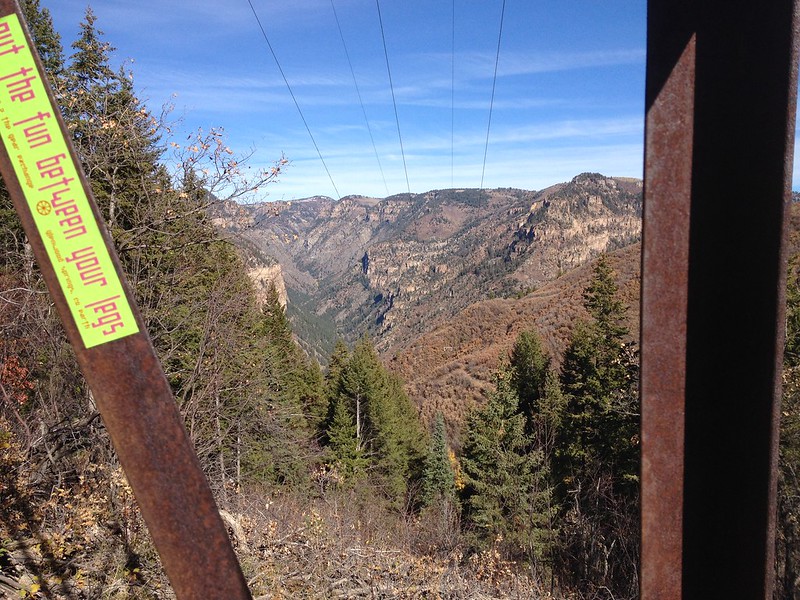 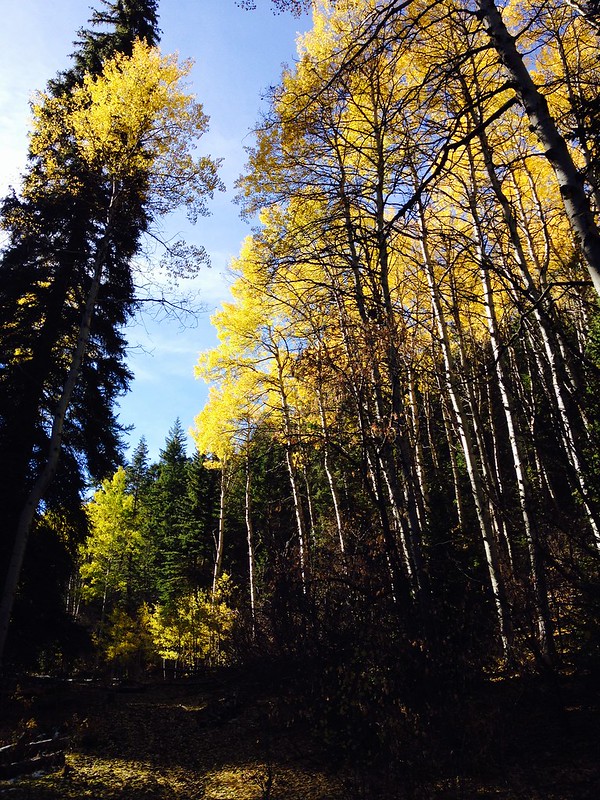 When I made it to the creek, I turned around and headed home. Unfortunately, some of the dirt that was frozen on the way up was in the sun, starting to melt and turn into mud.

On the first downhill section of the Scout Trail, I had to stop and dig the clay out of my bike a few times, even though there was probably only a quarter mile of muddy trail.

The rest of the descent was great. Twisty, brake-burning steep, rocky in a few spots, and high exposure off-camber covered in loose gravely dirt. One of the most fun downhills I’ve ever ridden.

The only thing that would make it better would be knobbier tires for my Krampus, like the Dirt Wizards. The low tread on the Knards just doesn’t have enough bite for dust over crust desert stuff, and there were a few times that I felt like I was going to slide off the mountain.

Coming down was perfect, but going up the Scout Trail wasn’t so great. It was a little too steep to single speed, so I had to push my bike most of the way up the trail (which was all right the first time, because it gave me plenty of time to look around). A few days ago, I stopped in the Gear Exchange, and asked how they do the ride. Of course, they’ve got it all figured out.

The better way to go is up a jeep road from the Doc Holiday Trailhead (Doc Holiday is buried just outside of town). It’s a steep climb at first, then a hike for a couple minutes through some old ranch land. After that, it’s smooth riding all the way to the top of Scout. 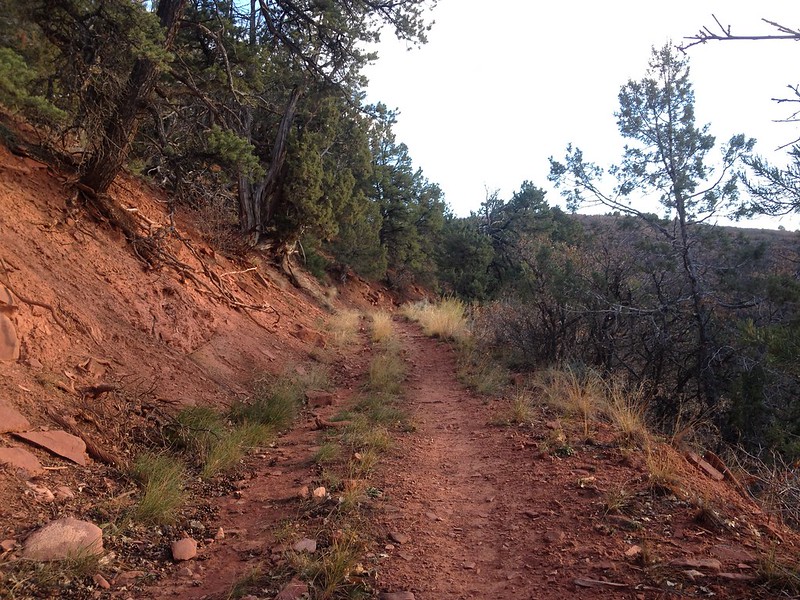 The trail pops out into a meadow that has the best view of the mountains I’ve seen so far. I’ll have to get Colleen up there with the big camera: 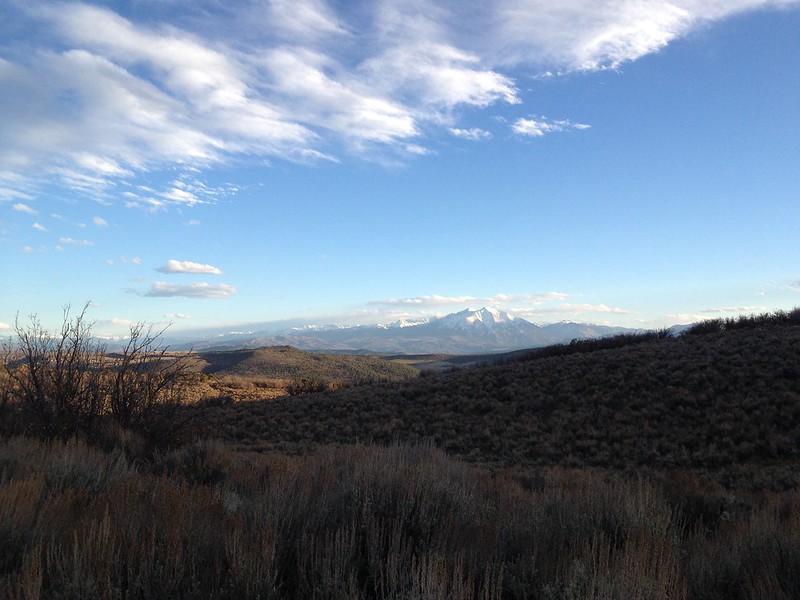 After the view, I made a sharp left, climbed up some sweet ridge-line trail, then made another left onto the Scout Trail and ripped back down to town. It was sweet, really a world class ride. I’m so pumped to be able to ride it right from home.

3 thoughts on “The Scout Trail”