I’ve been riding a ton, trying to figure out as much as I can about the trails around the new hometown before the snow hits.

So a few days ago I checked out the map, found the closest peak, and figured I’d take a quick spin up to the top. I left the house wearing jeans, with a handful of peanuts in my pocket.

Three hours and 5000 vertical feet later, I was gasping and dizzy at the top. 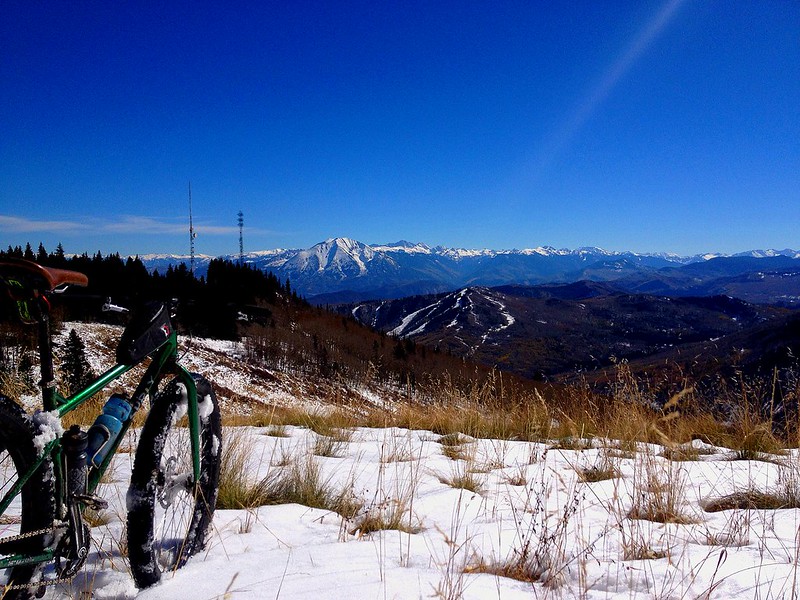 The lay of the land: Sunlight Resort is in the foreground, Sopris is the huge mountain in the background. I’m not sure what the rest of those peaks are yet.

I stared at the view for a while, then put my flannel back on and coasted 16 miles downhill to our house. 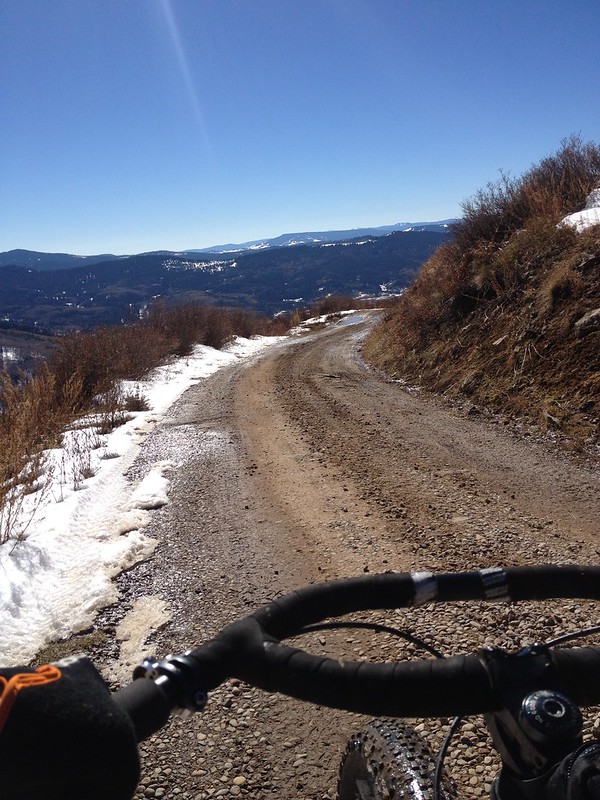 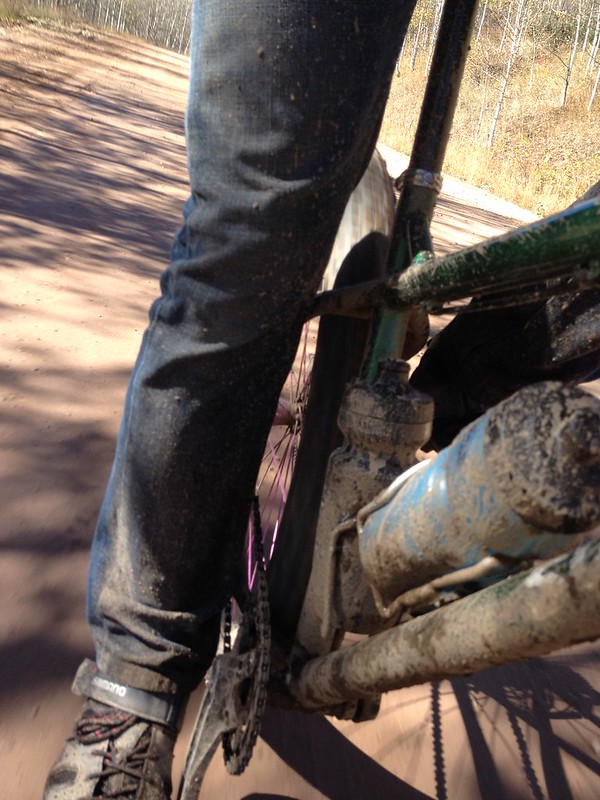 By the time I made it back, the ride that I thought would be an easy two hours turned out to be a hard four and a half. The scale of everything, maps and mountains, is so different than it was back in Pennsylvania. I guess that should be pretty obvious, but it’s going to take me some time to conceptualize.

I’m used to looking at a map of an area, planning a route, and being able to ride across the whole thing in a day. Out here, that doesn’t work. There’s so much open space and the mountains can make travel so hard, that a days ride might be a couple inches on the map. And there’s no air to breathe.