Last week, I guided a six-day inn to inn tour along the Great Allegheny Passage and C&O Canal Trail from Pittsburgh to D.C.

It was definitely work, 6:00 in the morning to 9:00 at night every day, but it was an awesome time. The group was made up of a retired physics professor, an Australian surgeon, and documentary producer, a Navy destroyer captain, a law ethics professor, an empty nester, a guy that works at the FCC, and more. All hanging out together because they like to ride bikes. 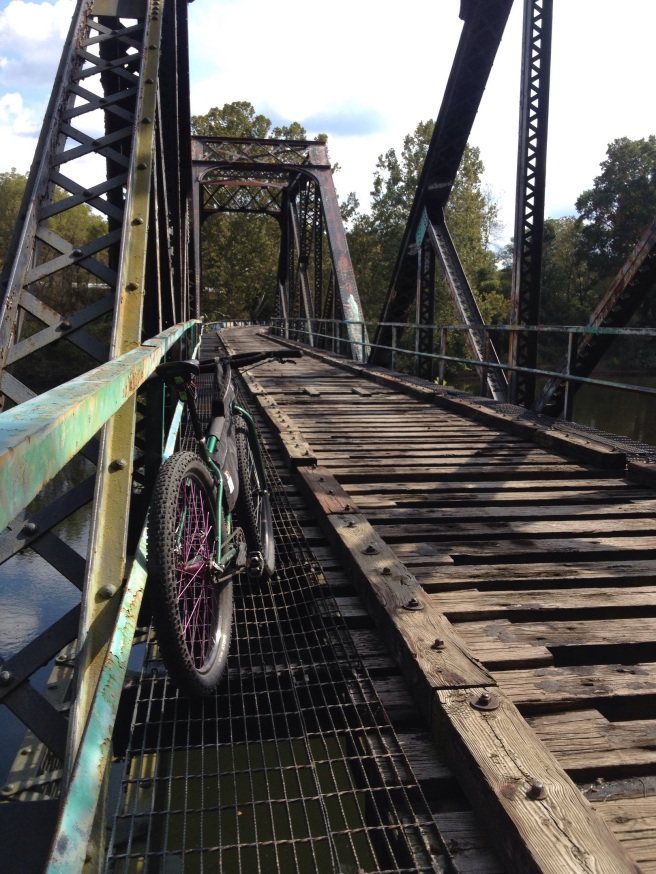 It was the first time that I’ve had a chance to ride the whole trail, and even though it was straight and flat, it was pretty neat. There’s all sorts of stuff to see, like this cancerous looking acid mine drainage waterfall:

Once the trail got farther out of Pittsburgh, and away from all the little coal patch towns, things started to look a little cleaner. We spent the first night at the company lodge. Ohiopyle is way down in the misty valley below:

The leaves were just starting to pop, and as we got closer to the Eastern Continental Divide, the colors kept turning.

The guests on the trip were fairly fit riders, but didn’t have the best bike handling skills. One guy got a disoriented and ran into the wall of this tunnel. He came out the other side with a bump on his shin and a face full of tunnel dust: 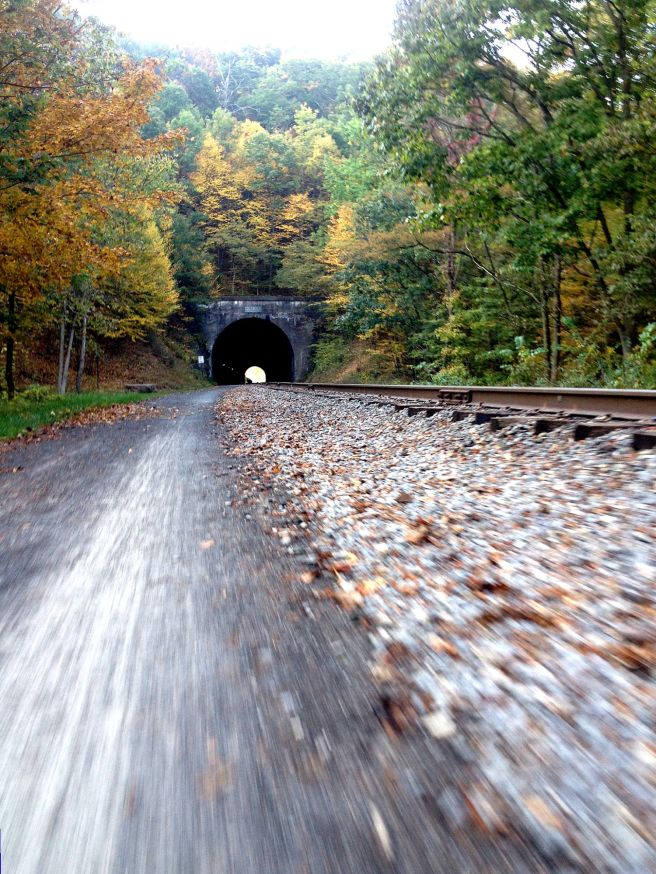 I gave him an alcohol wipe and a bandaid, and he squirted some water on his face, then we rode down the other side of the Divide, with miles of descending into Frostburg:

Due to a email mix-up, we ended up without enough rooms for the first few nights of the tour. So the other guide, Josh, and I had to sleep in the basement of the inn in Frostburg, which used to be the town jail. We slept right across from the doll room. 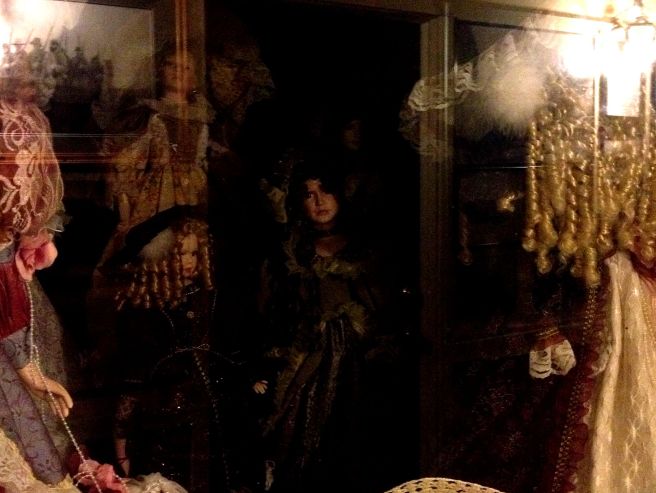 Josh is afraid of ghosts, so I flickered the lights on him a few times.

To Josh’s surprise, we made through the night without a haunting (which as he explained, usually involves a ghost moving people’s toothpaste to the opposite side of the sink). The next morning was clear and bright:

After a few more miles of coasting down from the divide, we made it to Cumberland, and the start of the C&O Canal. Which was closed, thanks to the federal government shutdown. As we went down the trail, there was a National Park Service truck rolling a couple miles ahead of us locking all the porta-potties, putting up signs to close the park, and pulling the handles off all the water pumps: 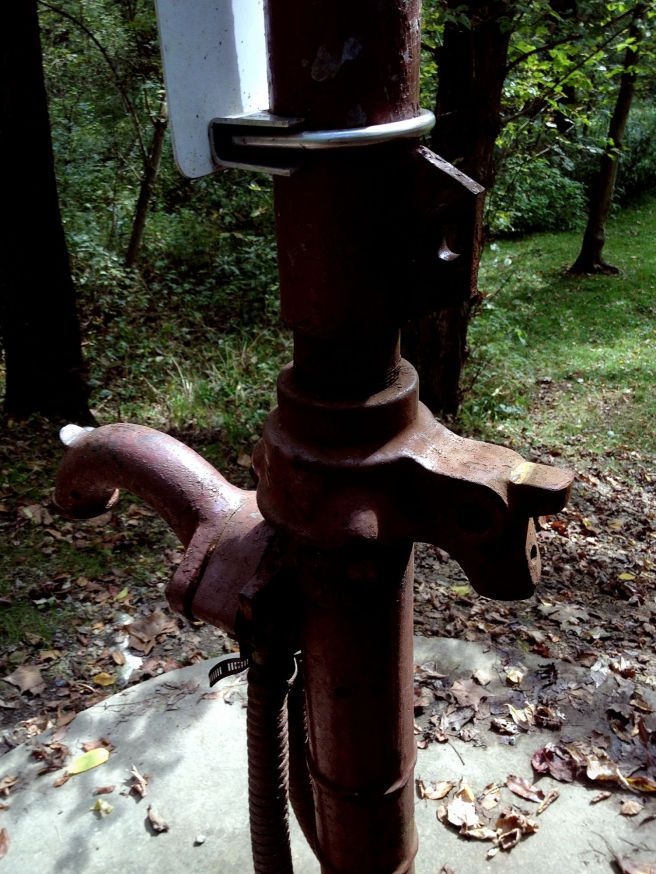 Drinking and pooping are apparently non-essential.

Most people didn’t appreciate the ranger’s work. Bands around the toilets were immediately cut, signs torn down, and gates ripped up:

The coolest part of the trail was fifteen miles outside of D.C: 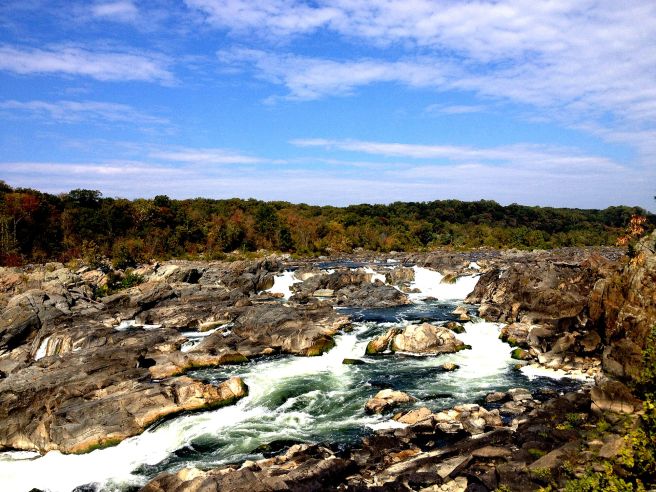 I had no idea that Great Falls existed, and it blows my mind that there’s something so pretty right upstream from the capitol. The place looks like it should be somewhere out west: 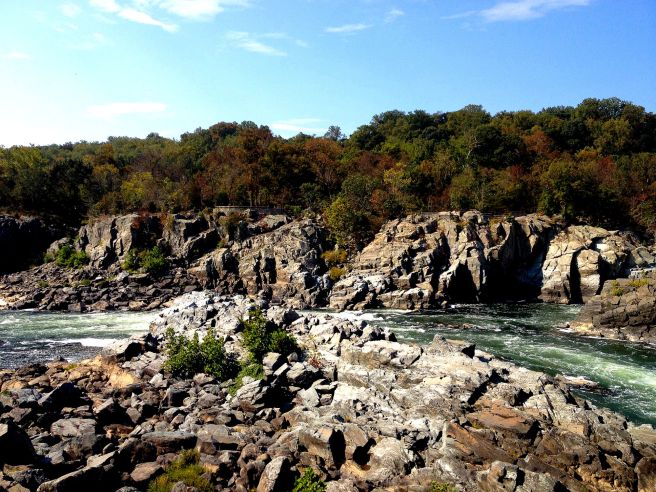 It was a good week. Unlike the meager wages that I made as a messenger, if I guided some more tours, I could actually make a decent living riding my bike. And I’m pretty sure that’s somewhere close to living the dream.

3 thoughts on “At Work and On Tour”