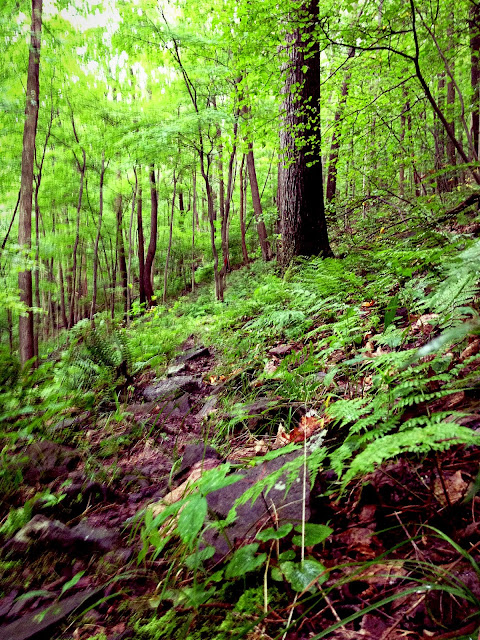 The White Tail Trail starts about 10 miles outside of Ohiopyle, and goes all the way out to Quebec Run. I’ve thought about riding it for years, but just never got around to it. I tried to scout out the trail last fall on a weekend trip, but I was loaded down with a full pack and it was hunting season, so I stuck to the pavement.

Last night, Trailer Taylor (so named for alliteration reasons, and because he lives in a trailer parked under the steps of the company house) Zach (so named because that’s what his parents named him) and I met at the Lick Hollow Parking lot, and started the long climb up Pine Knob Trail to the top of the ridge.

The first part of the trail is really hard riding, and reminded me of Squirrel Gap in Pisgah. It’s about 30 degrees off-camber and covered in dark, slippy rocks. But after about a half hour of pushing up the hillside, the rocks mellow out and it turns into one of the best trails I’ve ridden in the Laurel Highlands: 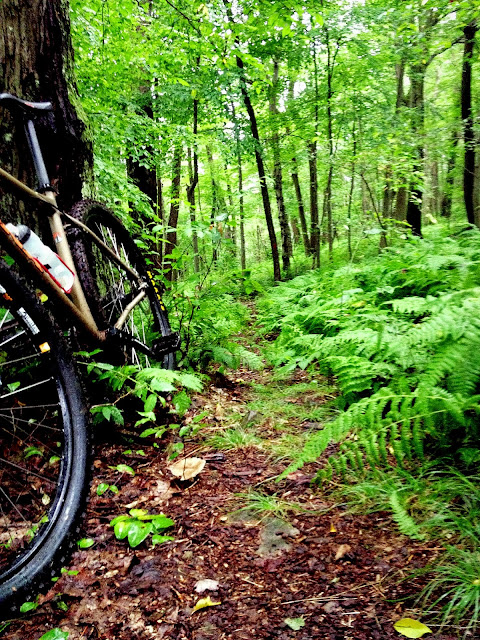 After a couple miles of sweet singletrack, there’s a little bit of doubletrack: 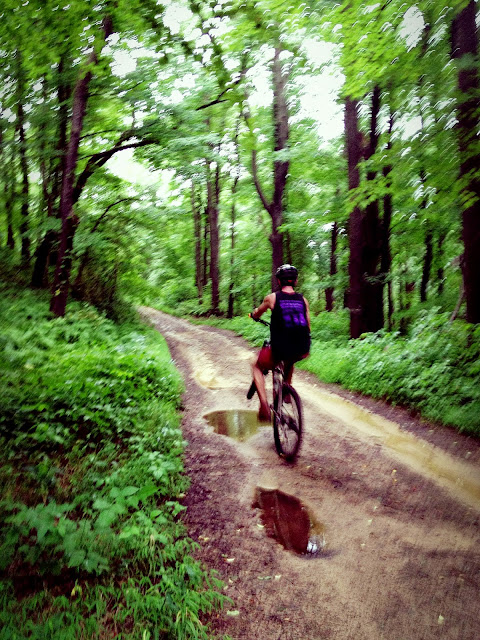 Then the trail drops straight back down the hillside. I was so focussed on dodging trees that I blew a turn and started following a 4×4 trail. Fortunately, Zach rides that part of the trail pretty regularly, so we were able to hike back on to the right path. 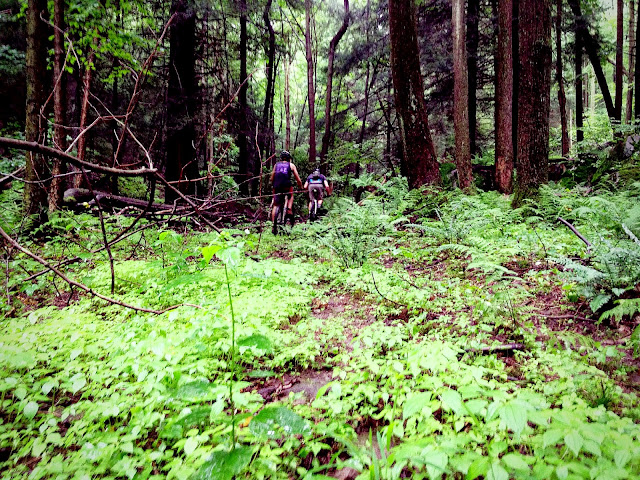 After another steep push up the ridge, the trail opens up into a gorgeous section of old growth forest, which I didn’t take a picture of.

By the time we got to the top of the ridge again, we were feeling pretty crushed. The trail climbs about 2000 feet over 12 miles, so instead of making it an out and back, we rode back to the Pine Knob descent on Skyline Drive. 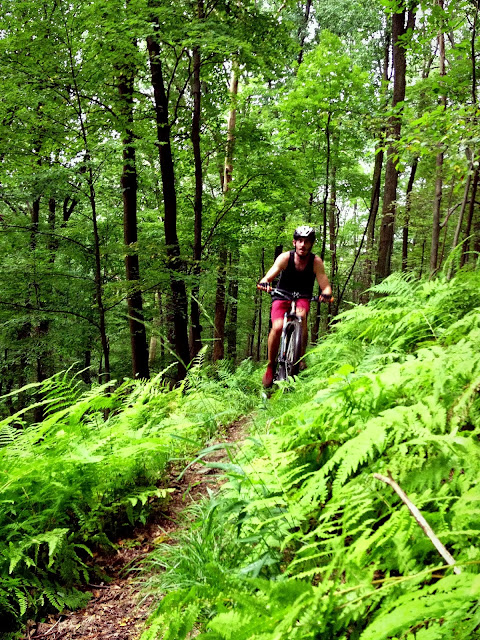 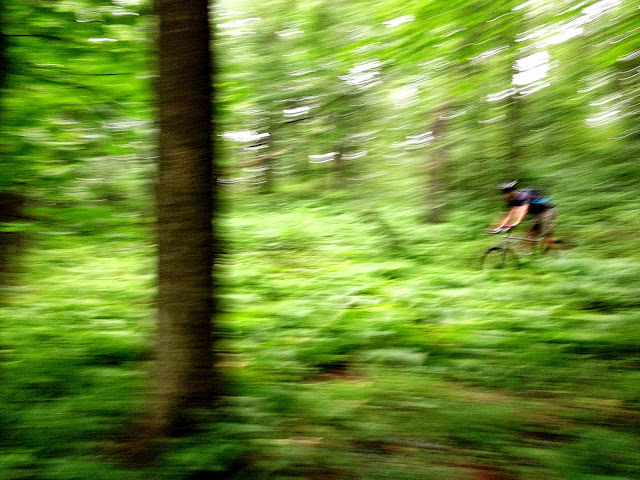 It was getting dark, and all the rocks were slick from the rain, so the downhill was tricky. But in better conditions, that thing would rip. The descent is about a mile and a half long, and full-on the whole time. I definitely want to get back up there to ride everything out to Quebec on a day that I have some more time.

3 thoughts on “The White Tail Trail”